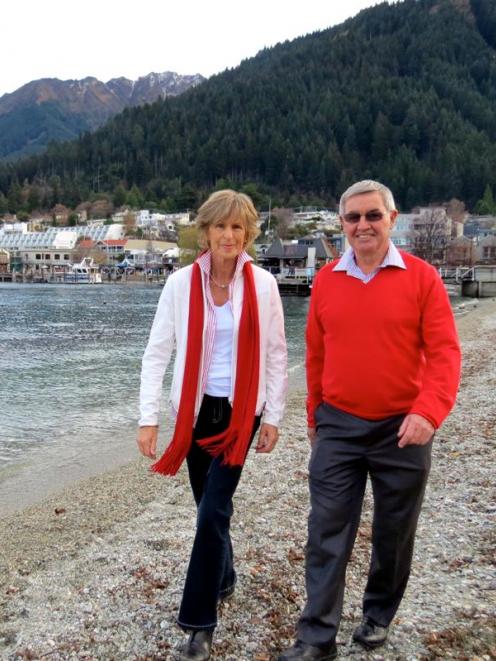 Sir John was made a Knight Companion of the New Zealand Order of Merit for services to business and tourism.

Former MP and current High Commissioner from New Zealand to the United Kingdom Lockwood Smith; rugby coach Gordon Tietjens, CNZM; and Justice Robert Chambers QC as announced after his sudden death last month, have also been knighted. Nganeko Kaihau Minhinnick JP has been made a Dame Companion of the order for services to Maori and conservation.

Emeritus Prof Albert Wendt, CNZM, topped the honours list, being made a Member of the Order of New Zealand. They were among 179 New Zealanders to be recognised in the 2013 Queen's Birthday honours.

Former Queenstown mayor Sir John Davies' vision and skill in business and tourism earned him a knighthood in the Queen's Birthday Honours, but he derives most pleasure from having persuaded his councillors to buy the freehold block of land that is the village green in Queenstown.

Born in Wellington almost 72 years ago and raised in Dunedin, Sir John is the owner of family firm Trojan Holdings, which has major interests in skiing and other tourism-related ventures in the South Island.

''Every Friday night I go down and have a beer or two and I look across at the village green,'' he said on Friday.

''I had a very good council of the day, but I had a struggle to get them to agree to buy that piece of land for $1.8 million.

''If we hadn't, we would've had a four-storey building on there.

''I think the village green is the heart and soul of Queenstown and if I want anyone to remember a legacy that I have left to this town, it was the drive and foresight to get that piece of land.''

Surprised when told of his honour, Sir John said he also felt pride and was grateful for having received it.

''Over the years I've had great staff and managers and co-directors in all our business involvements and wife [Trish, Lady Davies] and family have been a very big part of it.''

Farm cadet John and Patricia came to Queenstown in the early 1960s.

After three years they realised they could not afford a farm of their own, so he took the opportunity of buying 40% of Wakatipu Transport. The small company grew over 30 years into Northern Southland Transport, which had almost 250 vehicles on the road at its height.

''I'm eternally grateful to people who voted me out of the mayoralty, because I woke up after that and thought 'I've got to do something' and I decided I should diversify into tourism.''

He bought the Routeburn Guided Walk in 1990, followed by the Milford Guided Walk and the Hermitage Hotel at Mt Cook.

He and fellow entrepreneurs and ski staff banded together to buy Coronet Peak, the Remarkables and Mt Hutt ski areas from Air New Zealand in the early 2000s.

''We spent an enormous amount of money, one year in excess of $30 million at Coronet, when we did the base building and the snow-making, and I've always had an interest in aviation.

He was told at the time he would ''never get a jet into Queenstown and you'll never get an international flight''.

''The airlines have benefited, the airport's benefited, the accommodation providers, rental car companies, restaurants, shops, bars, supermarkets. I don't think there's a person who hasn't had some benefit, particularly driven by NZSki, [from] the development of skiing in the last decade here.''

Sir John said he had great faith in tourism and Queenstown.

''I hope in the next five or six years there will be 500 flights in July and August from Australia.''

''It's all about customer satisfaction and the world's your oyster.''

Property interests include Stratton House, site of a casino joint venture between SkyCity and Skyline Enterprises, and the Station Building, both in Queenstown.