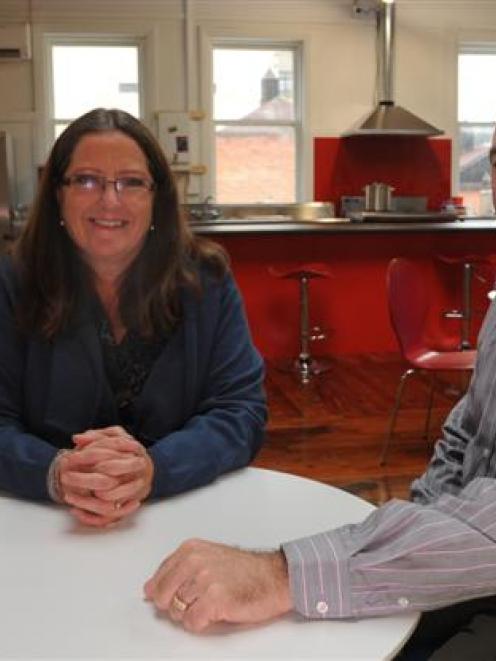 Which is why the 420 Centre name carried through previous address changes was dropped for The Apartment, Pact chief executive Louise Carr said.

The centre, in upper Dowling St, was bigger than the previous Stafford St facility, and had works of art and computing suites, as well as a generous main room and kitchen.

Pact planned to hire out the new studio drop-in centre for parties, community events and art exhibitions, some of which could involve centre users, Ms Carr said.

The new facility offered opportunities for centre users to improve skills and be involved with the community, which had not been possible in Stafford St. Pact had bought a second-hand commercial coffee maker so centre users could be trained to make coffee.

Ms Carr was inspired by a visit to Trieste, Italy, where people with mental illness were much more involved with the community.

Centre user Nicola Hargreaves said she was excited about the new centre, where people could train but also have fun.

Ms Hargreaves was pleased the centre would have a computer suite, rather than the single computer at Stafford St.

Client programmes and service development manager Glenn Murtagh, who oversaw the refurbishment, said Pact was examining possibilities for the centre, including the use of its kitchen for events.

Changes in technology made it cheaper to operate a suite of computers, and Pact would save money on heating costs.

As part of the refurbishment, the floor had been polished after removing a cover of tar and paint to reveal the impressive original wood.

The centre, which has been in use since Easter, will be officially opened on May 26. The premises was sub-leased from the Malcam Charitable Trust.