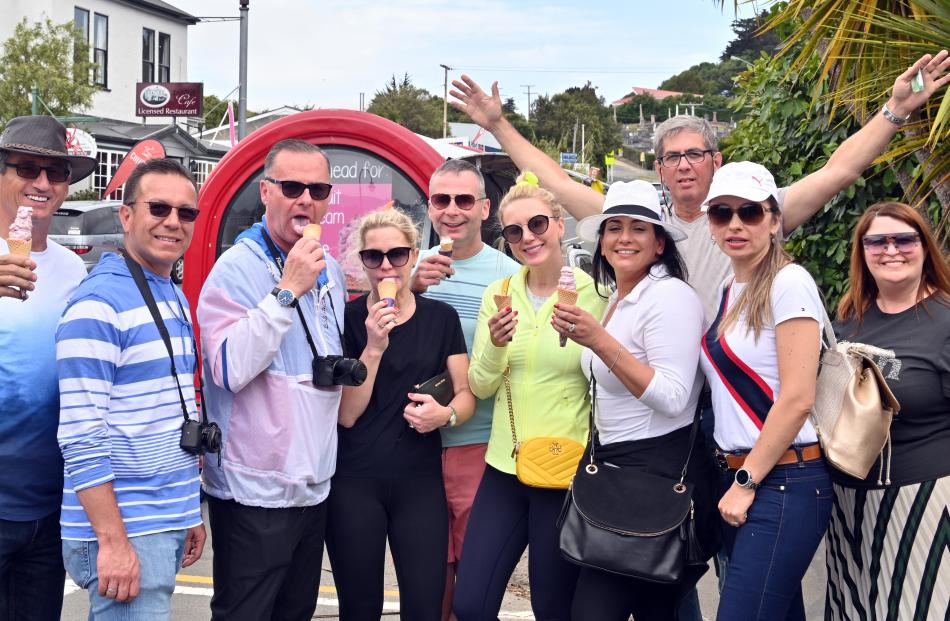 Enjoying real fruit icecreams from ‘‘The Office’’, a roadside food truck in Portobello, after a meal of fish and chips at the Portobello Hotel are Ovation of the Seas passengers (from left) Zeev Sela, Humberto Isaza, Jaroslaw and Ewa Pondo, Andy and... 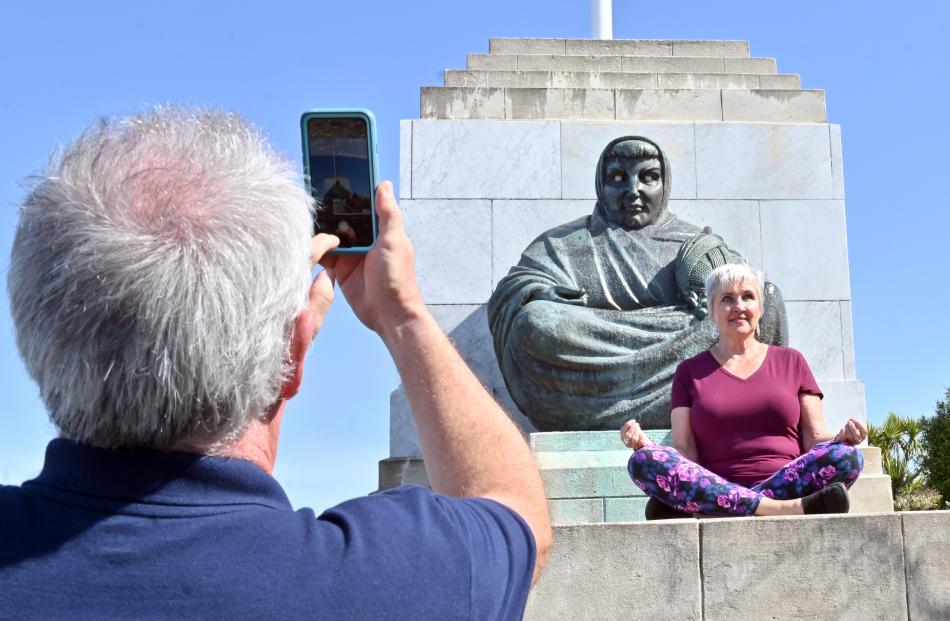 Taking a photo of fellow passenger Edwina Holloway, of Florida, at the Signal Hill Lookout yesterday is Michael Rogers, of New York. 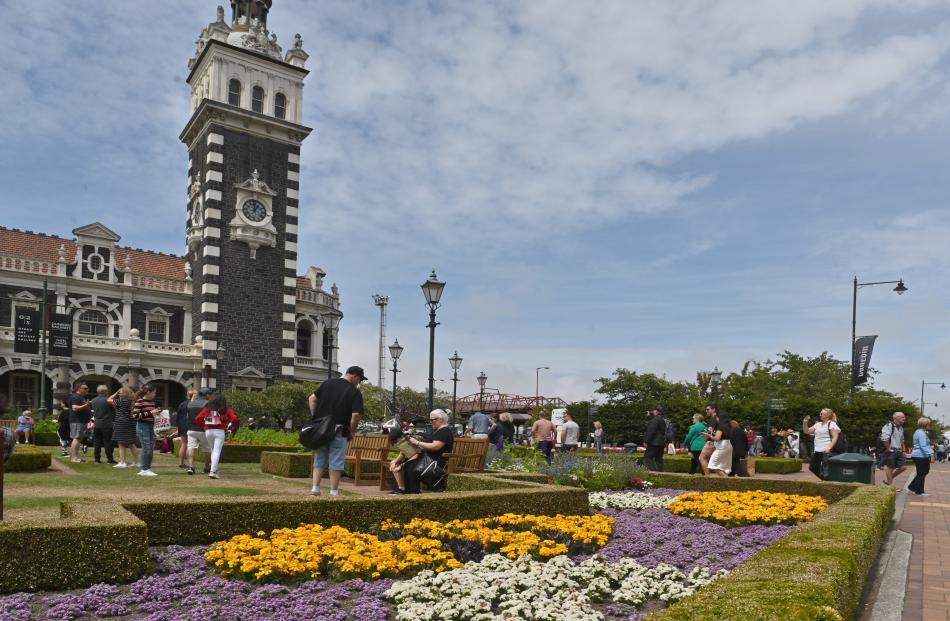 A crowd of cruise ship passengers enjoy the sights at the Dunedin Railway Station yesterday. 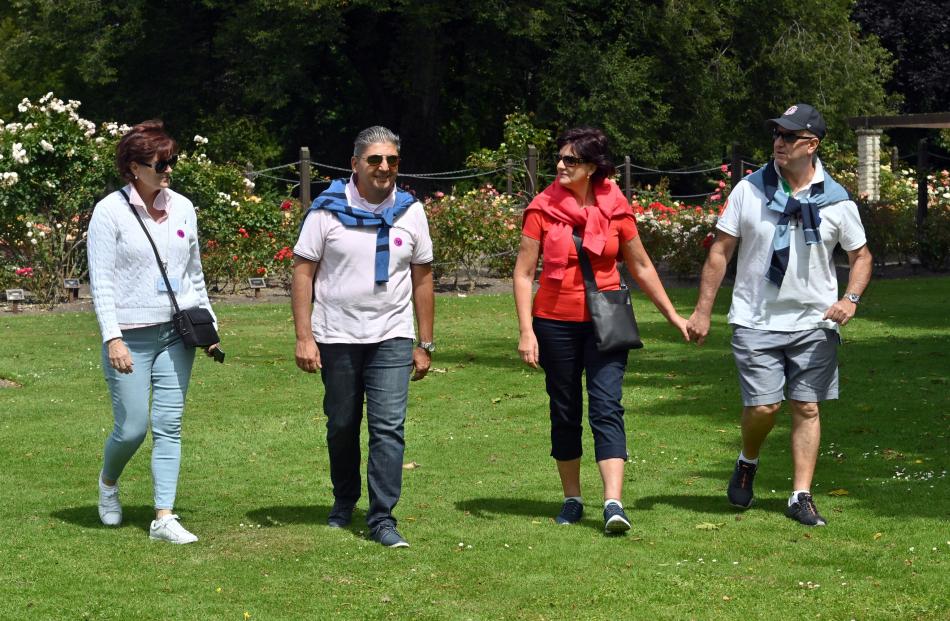 Wandering through the Dunedin Botanic Garden are Ovation of the Seas passengers (from left) Antoinette Natasi, Sam Natasi, Lorraine Amorello and Sam Amorello, all of Sydney. 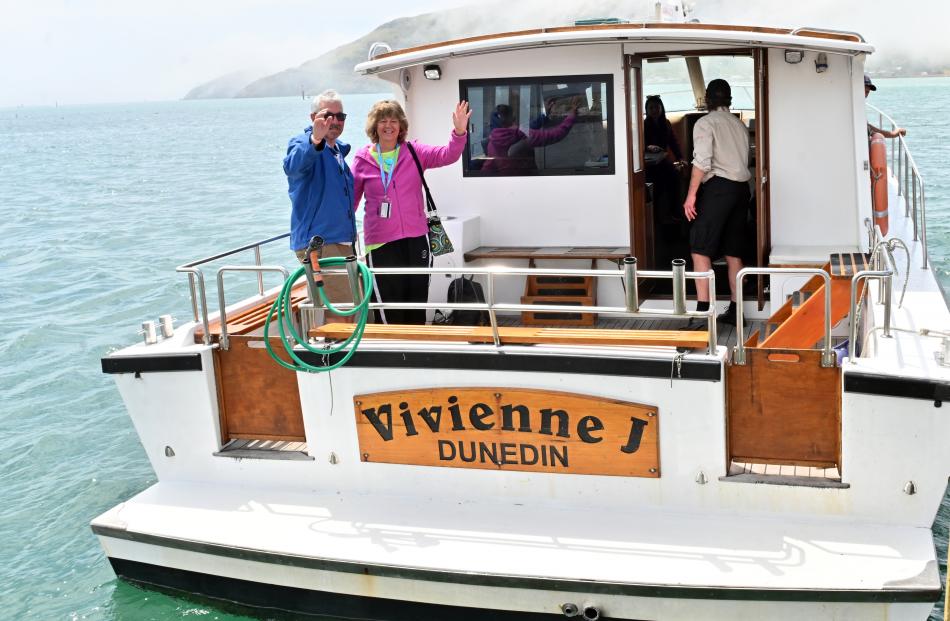 Departing on a Monarch Wildlife Cruise from Wellers Rock, Dunedin, on the ship Vivienne J are Auckland couple Mark and Jo van Kan. 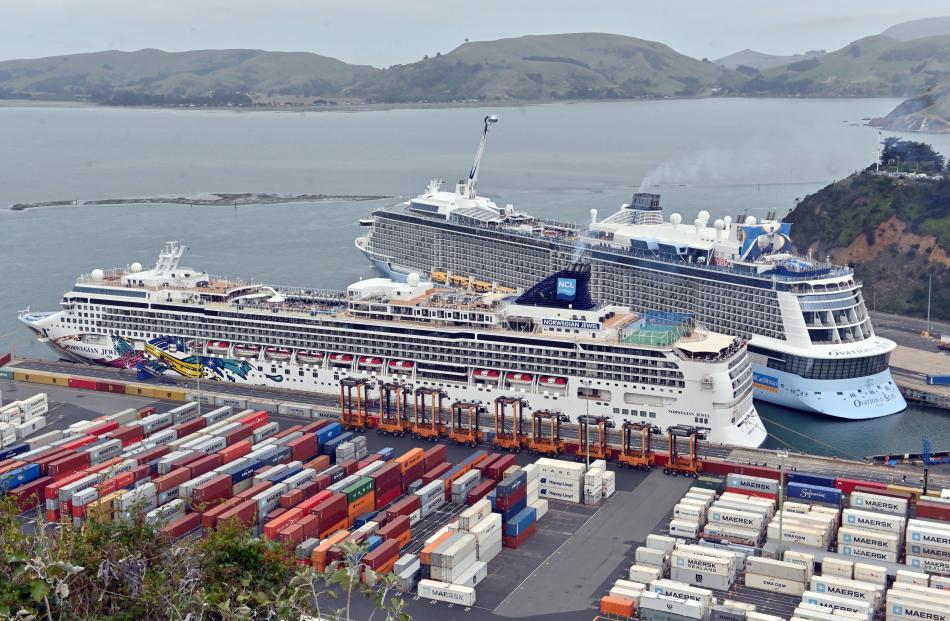 Dunedin was flooded with visitors yesterday as three cruise ships were in port, carrying up to 10,000 passengers and crew.

Caledonian Sky, with capacity for 114 passengers and 74 crew, arrived on Saturday morning at Otago Harbour.

i-SITE manager Louise van de Vlierd said Boxing Day was the last time three cruise ships had been in town at the same time, but the number of visitors in Dunedin yesterday was very high.

"This is one of the biggest days for the cruise ship season, if not the biggest."

On Boxing Day and December 12 last year, three cruise ships had been in Dunedin but did not have as many on board.

On March 4, an even larger number of visitors was expected, as Ovation of the Seas was scheduled to return alongside Ruby Princess, which had capacity for 3600 passengers and 1100 crew.

Ms van de Vlierd said yesterday’s weather had contributed to a fantastic day in the city.

"Everybody got off the ship in great spirits.

"Everything seems to have gone like clockwork. Everybody is working together nicely.

"We're getting used to handling these kinds of numbers.

"It’s been flat out with both visitors and locals.

She said on certain days three venues were needed for the market; on these occasions the Chalmers Room was used in addition to the two halls in Port Chalmers.

"It’s certainly worth it. We had 45 stallholders who were all loving it. We get to meet fabulous people from all over the world."

Tracy Wall, of Alberta, Canada, said she had enjoyed seeing Dunedin for the first time before boarding Caledonian Sky to begin a cruise south.

She said she loved the architecture and street art around Dunedin.

"The architecture is very different from what I’ve seen before. We went up to Larnach Castle — that was absolutely beautiful.

"The weather’s been lovely, too."

The Caledonian Sky will spend a day at sea today before arriving at Campbell Island.