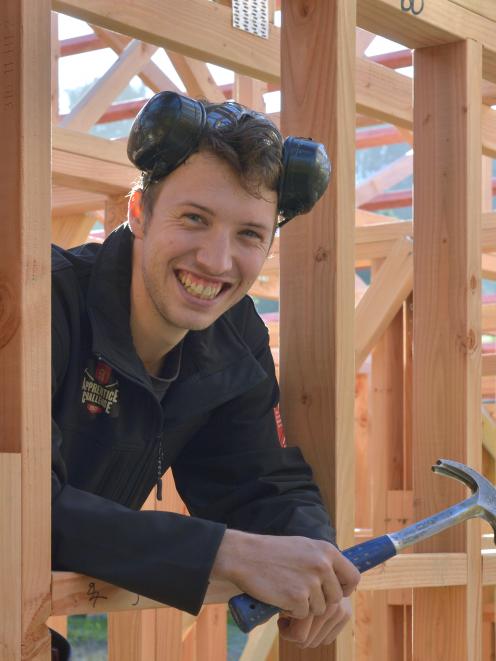 Mr McLean (27) said the win was ``a surprise, a huge surprise for me'', considering the quality of the apprentices from the other 14 regions at the final.

Apprentices were given a practical challenge in the regional competition, where they were required to build a high-spec outdoor table and bench seating unit within a set time-frame.

The skills required in Auckland were a little different, Mr McLean said.

Before the event he was required to put together a covering letter, update his CV and complete a portfolio of work done along with photos of the work sites.

Once there, the third-year apprentice, who also has a bachelor of physical education degree from the University of Otago, had a 20-minute interview with three judges.

``The interview was fine. You've just got to be yourself.''

Some of the apprentices were more nervous about a five-minute presentation on a building task they had done unsupervised, or had taken a lead role on, in a room of 150 builders and judges.

``You can imagine that's something apprentices don't get to do.

``Luckily for me I've been an MC at some weddings, so I've had a bit of practice at speaking in front of people.''

Mr McLean said the work he had put in before the championship also helped.

``It was just a result of an incredible month for me.

``Every night I was working on this.''

He won more than $3000 worth of prizes, including a tool kit he would need for his career and had been saving for, but did not expect to get for a few years.

One contract for Dunedin park care