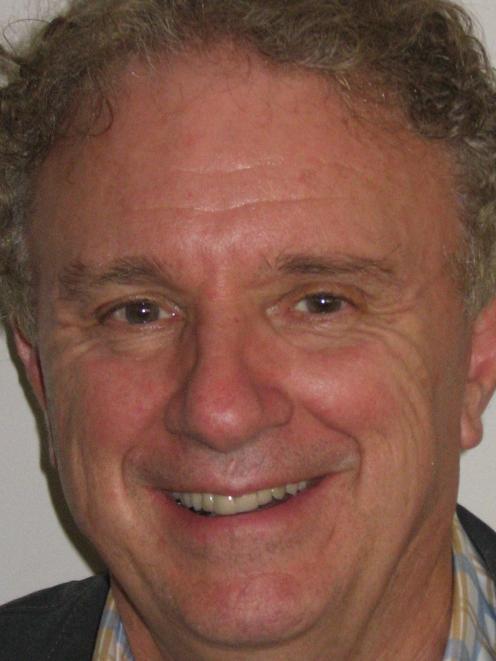 Craig Harris
Dunedin's reputation with cruise lines is among the world's worst, and behind the soured image are badly behaved tour operators, Cruise New Zealand says.

Complaints have been made about tour operators fighting among themselves, sleeping in vehicles to secure prime wharf positions and being abusive to cruise passengers at Port Chalmers. Accordingly, Port Otago has banned operators from the wharf for the next summer cruise season.

"I have just come back from the United States, where 11 cruise lines harangued me about what was happening on the wharf in Dunedin.

"Nowhere else in the world are tour operators allowed on the wharf, and for good reason,'' Mr Harris said.

Cruise lines paid to berth at ports and expected a high level of security for passengers and crew.

They also expected passengers to move freely between cruise ships and destinations without being harassed by tour operators, Mr Harris said.

No other ports in New Zealand allowed private tour operators on wharves.

Vincent George Travel co-director Rosann Connolly, of Dunedin, said she had witnessed ''unruly behaviour'' by a handful of other operators. The changes had some disadvantages but, overall, were positive, she said.

"It will put the cowboys back on the ranch.''

Bus and Coach Association Otago/Southland branch chairman Malcolm Budd was pleased problems at the wharf had been recognised and addressed.

"Our association was appalled by what was happening - every Tom, Dick and Harry was hiring vans and going down to the wharf to make a quick buck,'' he said.

"It's a huge industry ... and a minority of private operators was jeopardising it,'' he said.

Last year, Cruise New Zealand estimated the 2012-13 cruise season would generate $42.8 million for Otago and account for 799 jobs in the region.

Tourism Dunedin chief executive Hamish Saxton said it was an ''overstatement'' Dunedin had a bad reputation as a cruise destination and the ''excellent'' efforts last year to deal with increased passenger and crew numbers should not be undermined by some ''minor incidents''.

Dunedin Host board cruise representative Andrew Whiley said the city had always done ''extremely'' well in welcoming visitors, which had to be maintained. ''It's just the bottom third which could be better and help lift the bar.''

"It's a very valuable industry for the city and cruise passengers are welcome guests, so it's regrettable if the first people they meet are rogues and scoundrels trying to fleece them for money,'' he said.

Up to 47 tour providers accessed the wharf each cruise day during the 2012-13 season.

Last year, more than 400 people went through a cruise accreditation programme for tour operators, developed to ensure standards of service were maintained.

But the season was ''the worst on record'' for operator behaviour on the wharf.

Port Otago received complaints directly from passengers, cruise lines and other tour operators, as well as an expression of concern from Cruise New Zealand.

Some operators ''presented poorly'' after sleeping in their vehicles outside Port Otago gates, fought among themselves, abused passengers, delayed tours to secure more passengers and changed tour itineraries after passengers had paid for specific tours.

Some taxi drivers accessed the wharf, as taxis then changed their operation to tour providers, Mr Brown said.

It reflected badly on Port Otago, as well as Port Chalmers and Dunedin as a cruise destination, he said.

''The key thing for us is we have to provide a good experience for passengers and present a good front for Dunedin and Port Chalmers.''

From October, i-site staff will operate a marquee on the wharf to welcome passengers and organise tours.

They will collect payments, take a 12.5% commission and call tour operators to pick up paid passengers.

They must comply with operating guidelines set by i-site staff and wait outside the port gate until called.

All passengers not already booked on train or cruise ship tours will be channelled through the i-site marquee when leaving the wharf.

Taxis must wait outside the wharf at a designated area on Beach St and passenger drop-offs on the wharf must be permitted by ship masters.

''Business has mushroomed; far more operators are interested in being part of it and we've put a more professional structure,'' Mr Brown said.

To date, 84 cruise-ship bookings had been confirmed for the coming season. Last season, there were 89 bookings.