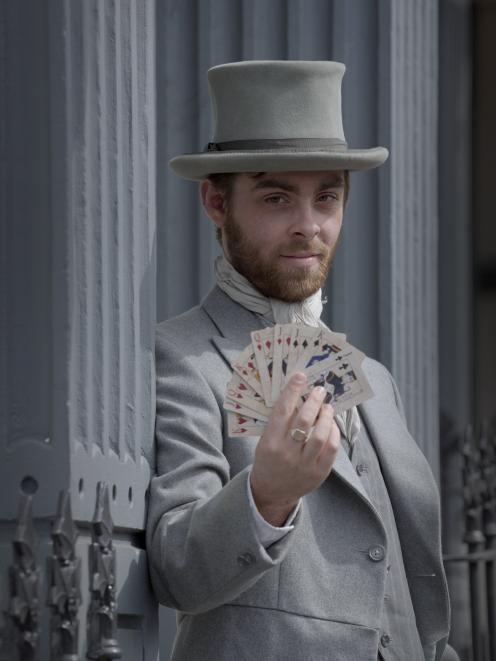 Beware — the "fraudsters, con-men and charlatans" will be out in Dunedin tonight.

The Arts Festival Dunedin’s season of the The Devil’s Half-Acre begins at the Fortune Theatre at 8pm.

The play is set in Dunedin in the 1860s and the two central characters, Jack and Dylan, are con-men who make a living from performing card tricks, such as Three-card Monte.

For the show, packs of playing cards have been produced with picture cards featuring characters in the play.

The queen of hearts is prostitute and barmaid Scarlett, who lives in the Devil’s Half-Acre, a Dunedin slum bounded by Princes,  Maclaggan and Maitland Sts. 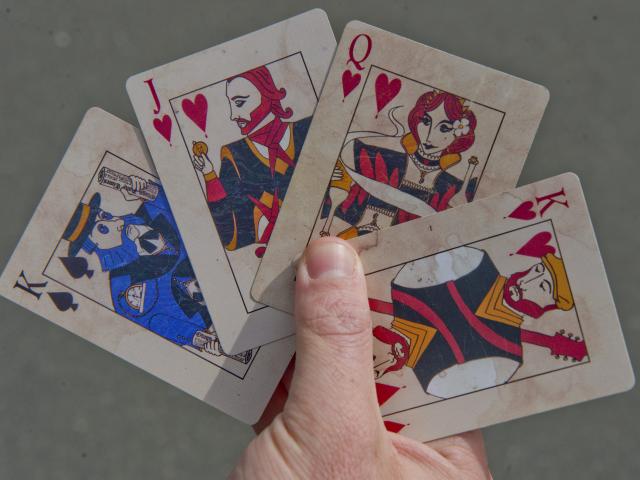 Tonight’s show  is a sell-out and some of the ticket-holders include past and present ODT editors and Allied Press management.

The ODT, which sponsors the play, has reproduced an edition from 1864 which includes an editorial by Sir Julius on the debate on Separation from the North Island.

On the day, the edition cost readers threepence  but the newspaper is giving  everyone who attends the show a free copy.

Ms Smith said the show premiered in Wellington but it was more exciting to perform it in its "home" of Dunedin.

"The show is peppered with local references to the geography of the city, and that stuff was meaningless to a Wellington audience. It will have a texture and a depth here."

After the Dunedin run she wanted to put the southern story on as many North Island stages as possible.

But before that, southerners should see it. "Come along for the ride. It’s a rollicking,  picaresque tale."