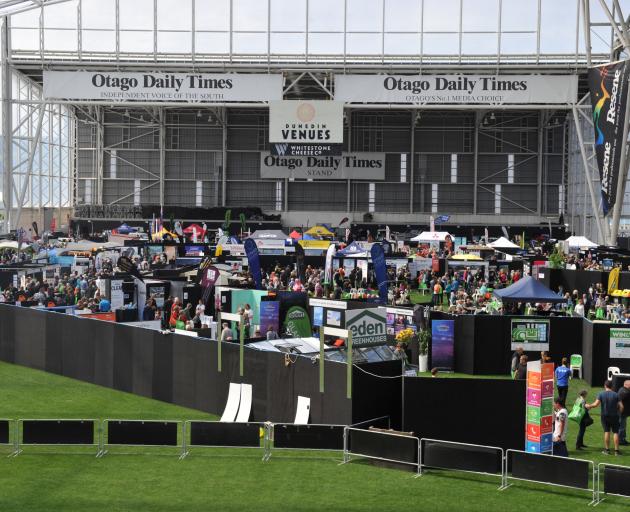 Photo: ODT files
Dunedin's city council-owned venues have experienced a 20% rise in conference and events business in the last year, attracting higher-spending visitors to the city.

Dunedin Venues Management Ltd (DVML) business development manager Kim Dodds said the type of conferences the city was attracting had also changed, and corporates were now booking in for events hosting up to 1000 delegates.

The city attracted 116,162 delegates in the last calendar year.

Mrs Dodds said at the Conventions and Incentives New Zealand (Cinz) conference in Auckland yesterday the company had experienced consistent growth in the area in the last four years, since the Town Hall and Dunedin Centre were refurbished.

Traditionally, DVML had attracted annual conferences held by business and professional associations, but now it was attracting corporations.

DVML was taking a collaborative approach, linking with other venues in the Octagon like the Dunedin Public Art Gallery and the Regent Theatre, meaning it could host events of up to 1000 people.

"The client feels like they're taking over the heart of the city.''

Mrs Dodds said corporate conferences were usually held in major centres like Auckland, but the DVML sales team had been "tapping on those doors'', and letting corporates know Dunedin could offer a "next generation'' conference experience.

The use of technology and innovation and the food offered had moved on from the traditional conference fare, and other cities were now picking up on what Dunedin was doing.

"We're not afraid to do something that is slightly risky.''

Forsyth Barr Stadium hosted trade conferences of 200 to 300 that needed larger spaces, the motor vehicle industry being an example.

Dunedin was also starting to attract more repeat visits from organisations happy with their experience.

Mrs Dodds said new conference centres being built in Auckland and Christchurch were not expected to cut into the Dunedin market.

"As long as we deliver great experiences within our venues, then our clients will keep coming back.''

Apart from the boost to accommodation providers, the likes of audiovisual, security, cleaning and food providers were benefiting from the increase in conferences. The retail industry and tourism operators also benefited.

International delegates spent an average of 7.2 nights in New Zealand, spending $299 a day.

Domestic delegates spent on average 3.1 nights in a region, and spent $461.

Ministry of Business, Innovation and Employment figures to December 2017 showed the spend by international convention delegates was up 17% compared to 2016.

However, the total spend was down from $588 in 2016, which a Cinz spokeswoman said was possibly due in part to the British and Irish Lions tour last year meaning venue and hotel space had been unavailable.