Crown prosecutor Marie Grills addresses the Weatherston trial in the High Court at Christchurch yesterday. Photo from The Press.
Court reporter Kay Sinclair is in Christchurch covering the Clayton Weatherston murder trial. Readers are advised that some of the details in this report are disturbing.

Injuries inflicted on 22-year-old Sophie Kate Elliott were intended to kill and disfigure her, the Christchurch High Court jury hearing the trial of the young woman's attacker was told yesterday.

Clayton Robert Weatherston (33), with whom Miss Elliott was in a relationship for several months in 2007, has admitted killing the graduate economics student on January 9 last year but claims it was manslaughter, not murder.

On the first day of Weatherston's trial before Justice Judith Potter, Crown counsel Marie Grills described the extent and nature of the injuries to Miss Elliott, who died about 12.30pm on that January day. 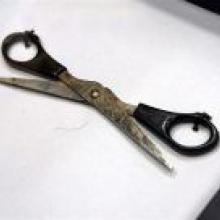 The scissors which will be presented in evidence.
Details of the numerous stabbing and cutting wounds, and the seven blunt-force injuries, inflicted by the accused had been suppressed until that order was revoked by the judge yesterday afternoon.

A pathologist to be called by the Crown would give evidence the pattern of the 216 wounds indicated "a persistent, focused and determined attack", Mrs Grills said.

And she told the jury it was "no coincidence" some of the clusters of wounds related to areas of Sophie's beauty and attractiveness.

Her ears and the tip of her nose had been cut off.

There were stabbing or cutting wounds to her eyes, her throat, a breast, her genital area and other parts of her body.

Several pieces of her long hair had been cut.

Miss Elliott's mother, Lesley, told the court yesterday her daughter was a slightly built, attractive young woman with "lovely dark hair" and that she was always "very fussy" about her hair. 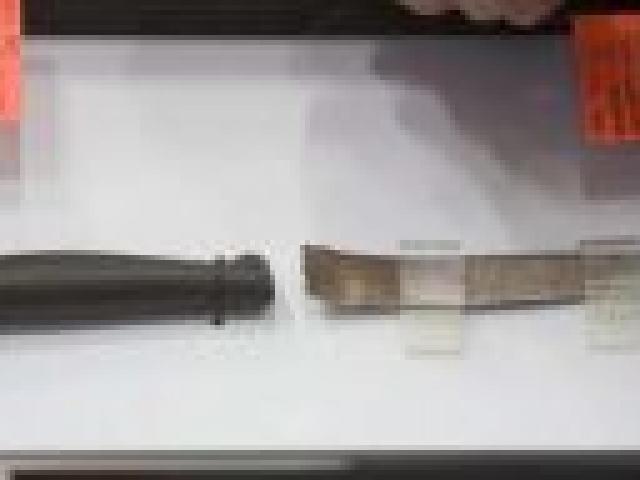 The knife which will be presented in evidence.
Mrs Grills said Weatherston had admitted to the first police officer who spoke to him that he had killed Miss Elliott and had done so because of "the emotional pain she has caused me over the past year".

When he told the officer this, he was speaking in a calm and normal tone.

In her outline of the Crown case, Mrs Grills said Weatherston arrived at the Elliott family's Ravensbourne home soon after noon on January 9 last year.

He told her mother he had "something for Sophie" and was allowed into the house.

He was carrying a kitchen knife in a small computer bag when he went upstairs with Miss Elliott to her bedroom.

She was packing before leaving for Wellington and a job with the Treasury.

Mrs Grills told the jury Lesley Elliott would give evidence she turned off the radio in the kitchen so she could hear any loud discussion between Weatherston and her daughter.

And she would say Sophie came downstairs at one stage and told her Weatherston was "just sitting there, not saying anything" and she did not know what he wanted.

After her daughter went back upstairs, Mrs Elliott heard the bedroom door close and her daughter saying "Don't Clayton" or "Stop it Clayton".

Mrs Grills said Mrs Elliott tried to get into her daughter's bedroom because she could hear her screaming, but the door was locked.

She ran downstairs to get a meat skewer so she could unlock the door.

As she was trying to gain entry, she became aware Sophie had stopped screaming but she could hear a rhythmic thumping noise and what sounded like sighs from Sophie.

When Mrs Elliott managed to get the door open, she saw Sophie lying on the floor.

She was covered in blood and Weatherston was straddling her legs and stabbing her, Mrs Grills told the jury.

She called 111 on a cellphone, a call to which the police responded within seven minutes.

The officer had to get Weatherston to unlock the door and, when he asked what had happened, the accused said, in a calm and normal tone, "I killed her", Mrs Grills said.

When asked why, the accused said it was because of "the emotional pain that she has caused me over the past year".