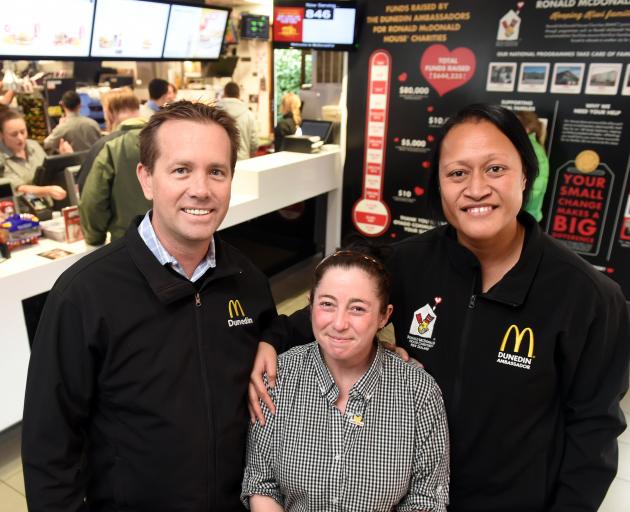 McDonald's owners Justin and Eterei Stonelake flank employee Natasha Watterston, one of more than 30 staff to have taken up their home deposit saving programme. Photo: Gregor Richardson
The owners of Dunedin's three McDonald's outlets, who employ more than 200 staff, have committed $350,000 over three years to ''topping up'' a staff savings programme for home deposits or study.

Justin and Eterei Stonelake's company Stonelake Corp began the scheme in January and 31 staff have already signed up for it.

The scheme gives all staff a ''dollar for dollar'' matching on savings up to a maximum $5000 employer contribution, plus contributions towards their KiwiSaver scheme, and a more than $1.50-an-hour pay rise on joining.

Mr Stonelake said the scheme started as a study-funding programme but quickly changed to include home deposits.

It was modelled on a US programme and he believed it was ''unique'' in New Zealand.

''We were just looking at what we could do for staff, other than them just working here for two, five or 10 years, then leaving.''

The couple wanted to incentivise staff to save and to return something to long-standing and loyal staff.

''We're in a position to do good things now,'' Mrs Stonelake said.

Natasha Watterston (40), an employee for almost 10 years, said it was rewarding to watch her funds grow, knowing in five years she would have help to get into a home.

''It was hard to take the step, especially looking at the budgeting aspect,'' she said.

Mrs Watterston's daughter and her partner both work for the Stonelakes and the couple have joined the programme, too. They could have a combined $60,000 towards a home deposit.

''I take my hat off to them [the Stonelakes] to come up with something like this. My younger kids want a job here now,'' she said.

Mrs Watterston said she would buy a house and stay in Dunedin.

''I wish I could have started this earlier,'' she said.

The Stonelakes have called the programme an ''employment lifestyle package''.

''Some of them have given up smoking and energy drinks ... it's been a lifestyle change for a lot of them,'' Mrs Stonelake said.

All company employees are offered free gym memberships, which have also been incorporated into the savings scheme.

One employee is using the scheme as a retirement savings plan and, potentially, to contribute to a child's education.

Staff have to be with the Stonelakes one year before joining the scheme. 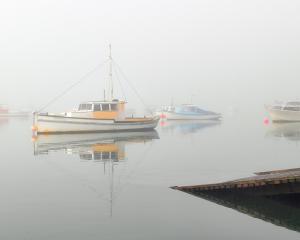