The Waikouaiti water treatment plant, raw water reservoir, and treated water reservoir.
The potential sources of the lead detected in the Waikouaiti/Karitane drinking water are limited and it should therefore be "a pretty easy contaminant to deal with" once identified, an environmental consultant says. 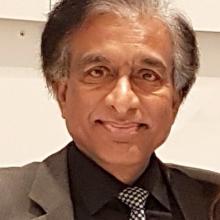 Even a one-off reading of elevated lead levels was a cause for concern, he said.

"Any spike should be, of course, reported to the community."

Because lead did not occur in water supplies naturally, he believed, the potential sources were limited.

If someone was re-painting their house, for example, and had scraped off old lead-based paint, it could flake off into the soil and garden.

Because lead was positively charged and soil was negative, lead absorbed into soil particles, which could then be washed into waterways during heavy rain or stormwater run-offs.

But such particles would usually be filtered out of the water during the treatment process.

He was unsure what specifically was involved in Waikouaiti’s water treatment process.

The acidity of the water also had its part to play in causing lead to seep into a water network.

If water became more acidic it would dissolve lead, whether it was in lead pipes or in the soil particles, into the water system.

In the Waikouaiti-Karitane case, where eroding lead pipes was a possible cause, that was still unlikely to be the only lead source because it was detected in the reservoir where it had not yet travelled through the pipes, Dr Selvarajah said.

Another source could be material containing lead dumped, either accidentally or wilfully, near or in a waterway, which a helicopter crew sent up by the Dunedin City Council on Wednesday may have been looking for.

"[Such sources] are what can be found out through a proper investigation."

The latter possibility would better explain why the lead levels were so high.

One known reading at Waikouaiti was 0.39mg per litre of water and anything above 0.01mg per litre was considered dangerous to health, he said.

Another possibility was that lead could have built up in the sediment at the bottom of the reservoir.

While regional councils regularly sample water for nutrients and bacteria in waterways, it was not general practice for them to screen for heavy metals, he said.

If the water pH became more acidic it would cause the lead sitting in the sediment, which could have run into the reservoir from stormwater drains or other sources, to dissolve into the water.

Dr Selvarajah said that theory would also explain the fluctuation of lead levels, as the lead would dissolve at inconsistent rates as acidity went up and down.

The contamination of sediment could be quickly ruled out by taking a "simple sample".

If that was the cause, the issue would be difficult to resolve.

If lead was only in the water, it could be naturally flushed out, providing there was no further contamination, he said.

Dr Selvarajah said the news that the lead reading on December 8 was 40 times the safe amount, not four times as it was originally reported, was obviously even worse.

He did not want to comment about how that would effect a person’s health because he was not a medical officer, but said the impact would depend on how much a person had consumed.

That would be difficult to know at this stage, as the lead levels detected had been fluctuating.

"We still really don’t know how long people have been consuming this [contaminated] water."