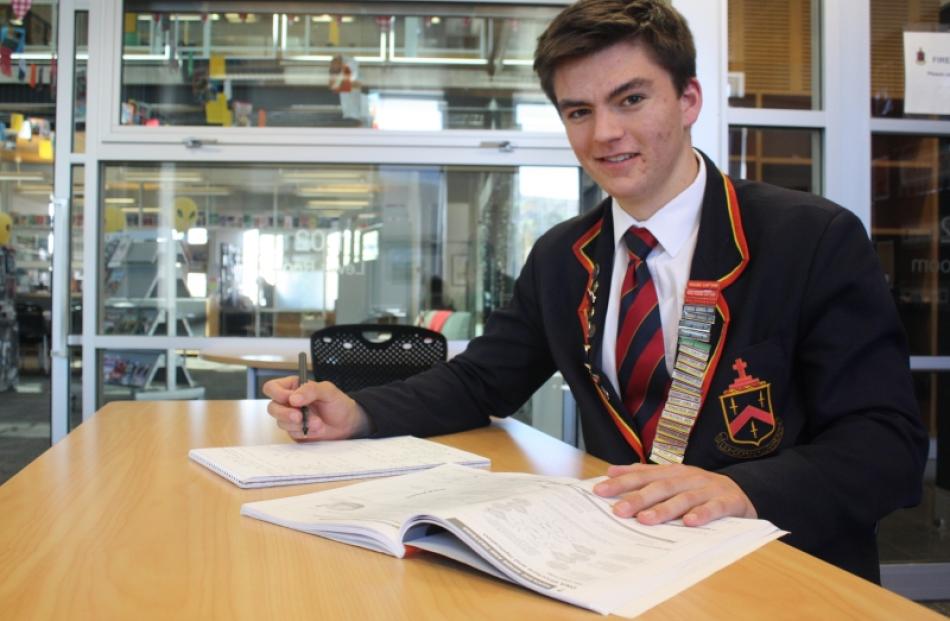 John McGlashan College pupil Ed Davies (17) brushes up on biology before his Cambridge International Exams. About 80 pupils in Dunedin are sitting courses alternative to NCEA. Photo by Tim Miller

While thousands of pupils across Dunedin are starting to swot and sweat about the end-of-year NCEA exams, a small group are also focusing on alternative exams.

About 80 pupils in Dunedin will sit Cambridge International Examinations or International Baccalaureate Exams (IB) instead of NCEA.

Pupils from other schools can also apply to sit the Cambridge exams individually, not through their school.

John McGlashan offers both the International Baccalaureate and Diploma and the Cambridge Examinations.

''When NCEA was first introduced, it was diminished because it was very different from School Certificate, but I think people have come around to accept its positives,'' he said.

While the pupils who sat the IB diploma were usually at the top of their class, it was not just offered to pupils who excelled academically, Mr Boardman said.

IB offered a broad type of assessment which focused not only on academic achievement but also on sporting, creative and social assessment.

''It is up to the student what course he takes and we have many bright students who choose to stick to NCEA and then others who want something different,'' he said.

Last year about 450 pupils completed the IB diploma in New Zealand and about 40 pupils from John McGlashan were taking the course this year.

For the first time, King's High School has started offering the Cambridge International exams to its top pupils in Year 10, before they go on to NCEA Level 1, 2 and 3.

Rector Dan Reddiex said the school offered the course to about 20 pupils. It was designed to push them outside of their comfort zone.

''It's really about extending the students academically and the Cambridge exams offer a very good coverage of all topics.''

NCEA exams start on November 11 and International Baccalaureate and Cambridge International Exams will be held throughout November.