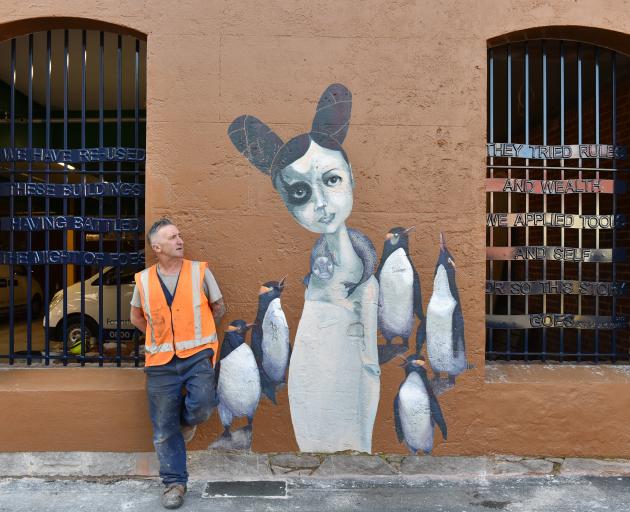 Dunedin heritage developer Lawrie Forbes has documented the revitalisation of the city’s warehouse precinct in a poem on the John Colours Ltd building in Crawford St. PHOTOS: GREGOR RICHARDSON.
The trials and tribulations of restoring Dunedin's heritage is the inspiration behind a poem forged in steel and attached to a revitalised historic building. 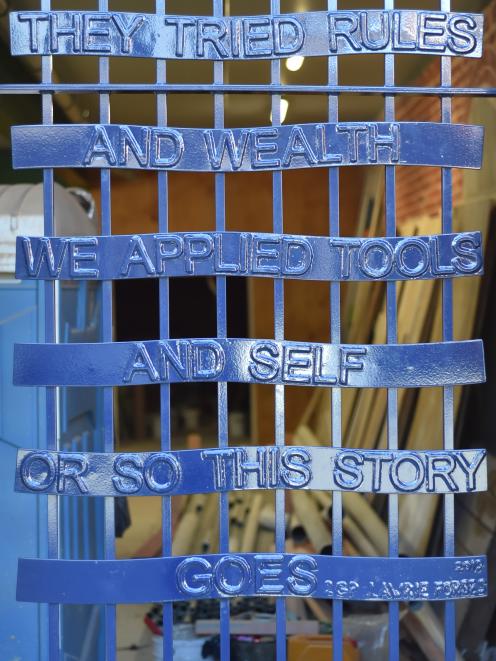 Dunedin heritage developer Lawrie Forbes has fabricated his poem in steel and attached it to two windows of the John Colours Ltd building in Crawford St.

We have re-used these buildings, having battled the might of foes, they tried rules and wealth, we applied tools and self, or so this story goes.

The name of the poem is 2GP, a reference to the Dunedin City Council's second generation plan, though it was not meant as an attack on the council or anyone else, Mr Forbes said.

"It was really just a poem written with that building nearing completion, and so often people go forward and they forget about the past."

The restoration of the John Colours Ltd building would be finished by April, he said.

"It's a reflection really of the last 10 years in the warehouse district."

Legal challenges, appeals and council regulations have all made the past 10 years interesting, he said.

"It's really about celebrating what the area has become and the journey it took to get there." 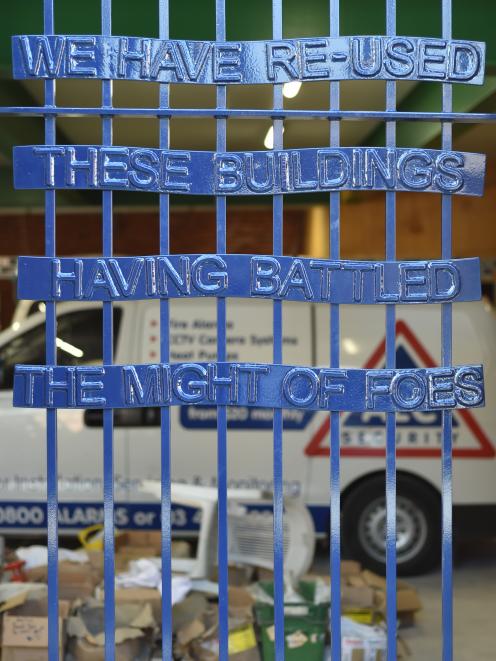 Inspiration for the poem came while he was on holiday recuperating from an injury.

"I thought, this all needs to be documented, this journey, so I wrote a poem then I though I better make it in steel, which is what I did."

It took about 70 hours and two packets of electrodes to complete the work.