Fashion collection has link to royalty 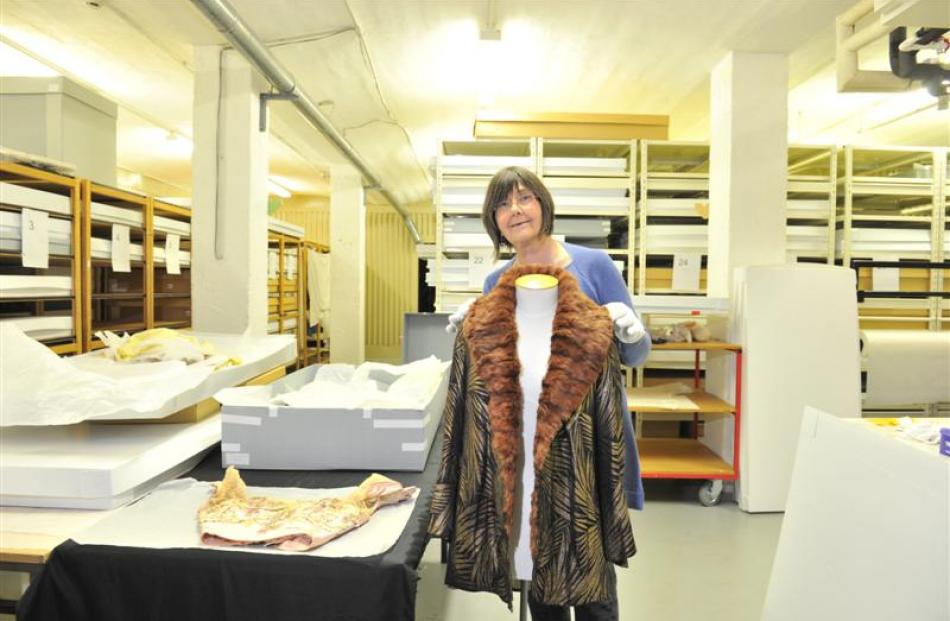 Otago Museum honorary curator of dress Dr Jane Malthus examines an evening jacket in metallic yarn damask with a dyed fur collar, part of a collection of fashion garments recently given to the museum. On the table is a bodice from the Winter 1898 Paris...

A ''striking'' range of European fashion garments from the late 19th and early 20th centuries, recently donated to the Otago Museum, also reflects a surprising Dunedin link with the Belgian royal family.

The grouping of about 150 items was donated by the Dunedin-based Harris family and had been named the ''Eppinghoven Collection''.

Museum research and interpretation co-ordinator, humanities, Moira White said it was ''exciting to have such a significant selection of period couture and we look forward to caring for it as part of our permanent collection''.

She thanked the Harris family for their generosity.

The collection features jackets made from silk, wool, cotton, sealskin and Indian lamb, as well as dresses, nightwear, underwear and accessories.

The items were loaned to the museum by the family in 1980 and 2002. All the material was subsequently given this year.

The collection gave ''important insight into life during this period, as well as the opportunity to appreciate the fabrics and craftsmanship of the European designers, dressmakers and tailors of the time'', museum staff said.

Louise Marie Alexandrine von Eppinghoven (1894-1966), after whom the collection is named, was the granddaughter of King Leopold I of Belgium.

Some of her relatives, the Dunedin-based Harris family, were asked to preserve her personal possessions before she died in Europe.

Her father, Baron Arthur von Eppinghoven, was the son of the king's last mistress, Arcadie Claret, and her mother, Anna Lydia Harris, was the daughter of Sir James Charles Harris, British consul at Nice (1884-1901). Museum honorary curator of dress Dr Jane Malthus said this was a ''special collection''. It was rare to find such garments from this period in New Zealand.

The museum's overall costume and textiles collection has about 11,800 items.