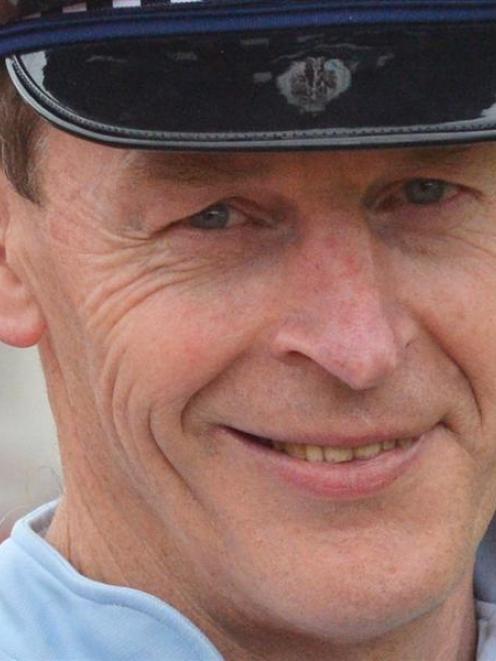 Kevin Davidson.
A teenager behind the wheel of a car which crashed near Mosgiel on Sunday morning, killing one passenger, made a ''terrible mistake'' which will stay with him for life.

Speaking at the Mosgiel Taieri Community Board meeting yesterday, Sergeant Kevin Davidson, of Mosgiel, said the 19-year-old behind the wheel was a ''pleasant young man'' who made a ''terrible, terrible mistake''.

''He's now got to live with the consequences of his actions for the rest of his life,'' Sgt Davidson said.

The crash, which claimed the life of Joshua Duncan Anderson (19), of Taieri Beach, highlighted the importance of enforcement and education on drink-driving.

Dunedin city councillor and board member Kate Wilson said at the meeting she knew the driver and spoke to his father yesterday morning.

She emphasised that by getting in the car, the other passengers were also responsible.

''There were actually five kids that chose to do something they all knew was wrong.''

It was also important the driver was ''nurtured'' through what would be a tough period for him.

Sgt Davidson agreed, saying the other passengers had made statements accepting responsibility.

The case was a ''prime example of just how that sort of incident affects so many people''.