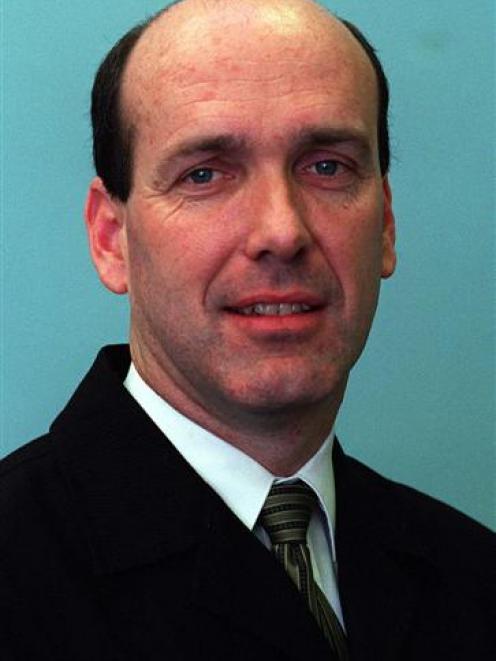 Nicholas McBryde
For the first time in its history, the Otago Festival of the Arts has had to cancel an event because of poor ticket sales.

However, bookings for other events were going well yesterday, organisers said.

The festival board made the decision to cancel the national tour by the violin-based musical troupe Barrage after an extraordinary meeting in Dunedin on Monday.

"It's the first time in 30 years that I've had to cancel a performance, but we just had to make the call," festival director Nicholas McBryde said yesterday.

"It's a very, very painful thing for us to do. Fortunately, my board and chair were 100% behind the decision.

Mr McBryde contacted the Barrage creator Tony Moore in Canada at 4am (New Zealand time) on Monday with the bad news.

Festival board chairman Paul Dallimore said that while bookings for Barrage were strong in Dunedin, the 16-member troupe had not caught the public's imagination in the rest of New Zealand.

The Barrage national tour would have been the fourth time the festival had toured an international act after the Dunedin festival, following the Jacques Loussier Trio in 2000 and 2006 and the Soweto String Quartet in 2004.

The cancellation was particularly disappointing for a group of young violinists at St Clair School, who featured in an Otago Daily Times article recently after contacting the group in Canada and being invited to a violin rehearsal when Barrage arrived in Dunedin next week.

The children were now being given tickets to comedy trio Tricicle, Mr McBryde said.

In other festival news, Spanish Ambassador Marcos Gomez will make his inaugural visit to Dunedin next Friday to see his compatriots.

Percussion and dance group Camut Band, flamenco troupe Tierra Flamenca and Tricicle are all making their Dunedin debuts next week.

"This is a first for the festival and we are thrilled and honoured to be hosting his excellency," Mr McBryde said.