By Wyatt Ryder
0 Comments
Climbing to the top of the Sky Tower is hard enough, but one Dunedin firefighter is taking it to another level.

Each year firefighters from around New Zealand climb the Sky Tower in Auckland to raise money for Leukaemia and Blood Cancer New Zealand, but Brian Freeman, a volunteer at the Brighton brigade, is taking it a step further.

The Otago Polytechnic lecturer is one of 100 firefighters who will be participating in the Firefighter of Steel challenge, a longer and harder climb than usual.

Mr Freeman would be climbing 61 flights of stairs — 1400 steps — in full firefighting gear while carrying an old steel oxygen canister that was 5kg heavier than the modern standard. 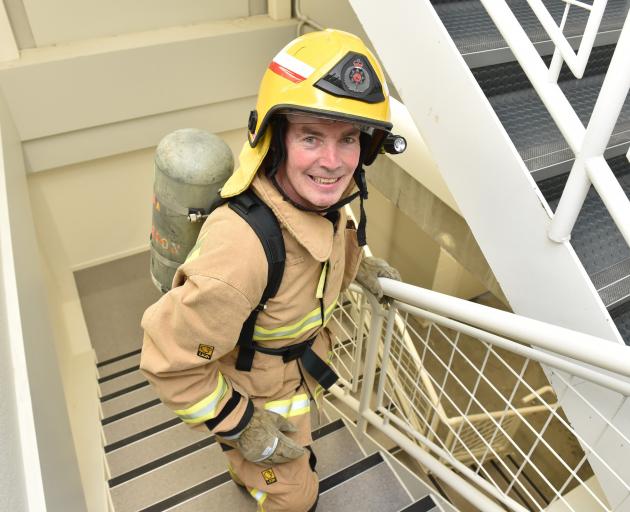 He had been climbing the full distance each day to prepare himself, and had been slowly adding more pieces of equipment.

He would climb the building up to 10 times, depending on the stairwell used, and was very grateful he could take the lift down.

Wearing the gear was very hard, and it did not take long for him to overheat, he said.

Photographs of those who had suffered from leukaemia and blood cancer would be attached to the walls on the day to help motivate the climbers.

"It really brings it home to you. It makes you feel like you want to do something for these people."

He has done the lower-difficulty climbs three times, but had never taken part in the Firefighter of Steel challenge.

"I’ve done the others and now I want to see if I can force myself to do the hardest one."

To help raise money he was auctioning two bicycles on Trade Me, with all proceeds to go towards the fundraiser.