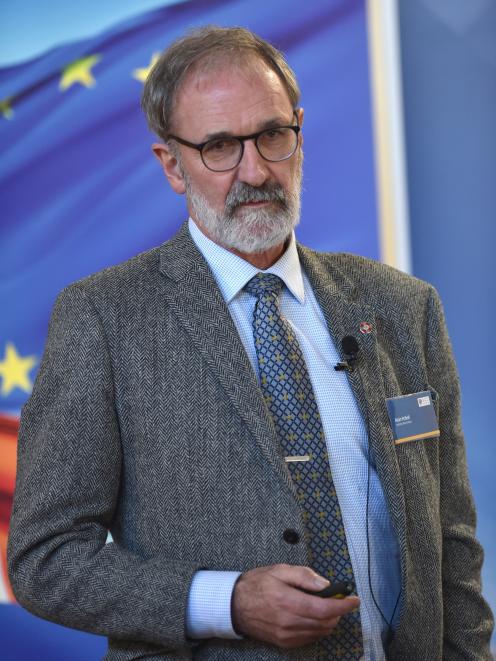 The 56th Otago Foreign Policy School was held at St Margaret's College at the weekend, this year focusing on space and the evolving industry surrounding it.

Many members of the space industry spoke at the event, with local speakers and international experts video calling in from countries such as China and India.

New Zealand, and Invercargill specifically, was placed in a strategically valuable place on the globe for space operations, such as launches and early mission operations, he said.

Although logistically the space industry was huge, with satellites receiving information from cellphones, it had a small number of very specialised people involved.

One of the issues the industry was facing was the lack of radio frequency (RF) engineers and technicians.

Very few RF engineers had been trained in New Zealand over the last 20 years, as the University of Canterbury was the only institution training them.

The issue was worsened by the lack of academic interest for practical RF engineering.

The space industry needed people who could work with 5G frequencies, but the academic world had already moved on to 6G.

He also spoke about some of the logistical problems of serving the industry internationally.

Trust was vital to succeeding in a small industry and there were a lot of regulations that had to be strictly followed when dealing with delicate international projects.

He used the example of a project being run by China, which required there be no American technology being worked on in the same building.

Another issue was some staff were dual citizens and depending on their citizenship would not be able to work on certain projects.

As a commercial business it did not have many people ensuring those regulations were being met, but due to the importance of trust it was essential to keep to them.