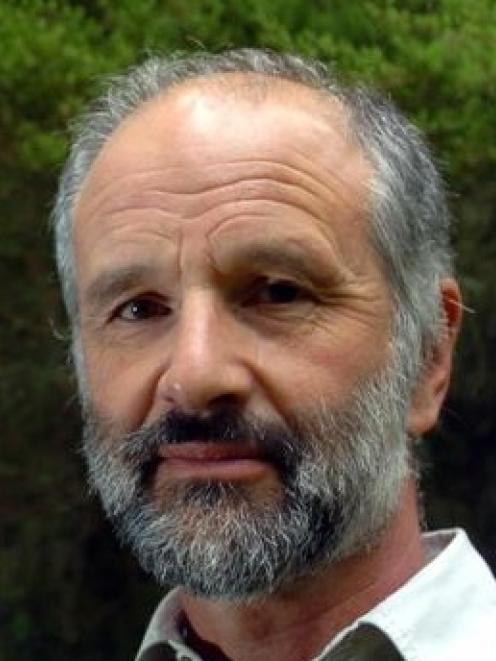 Ralph Allen
People whose lives had been touched by Dunedin woman Diane Campbell-Hunt were yesterday devastated at the news of her death while tramping.

The 56-year-old mother of four was tramping with her daughter on Mt Taranaki on Tuesday when she was swept away while crossing a stream.

Described as "very talented" and "astonishingly capable" by those who knew her, she was involved in the Otago Natural History Trust developing plans for the Orokonui Ecosanctuary and was a member of the City of Dunedin Choir and St John's Anglican Church, Roslyn.

Otago Natural History Trust chairman Dr Ralph Allen said with her background in management, communication and biology, Mrs Campbell-Hunt fulfilled many roles in areas in which the trust lacked expertise.

"She was astonishingly capable. Goodness knows what we are going to do without her."

She was involved in co-ordinating for stakeholders, and fundraising, and helping write ecosanctuary feasibility reports.

As secretary of the trust, she took charge of community relations, he said.

"She fulfilled that role admirably. She was a people person - she knew so many people."

Mrs Campbell-Hunt also gave the vast majority of talks about the project to community groups and was a great hostess.

She hosted most of the trust's meetings.

City of Dunedin Choir chairwoman Deborah Dons said the choir was "devastated and in shock" at the news of the death of the talented musician.

"She was very well liked . . [and] had a special radiance about her which shone through when she sang."

Mrs Campbell-Hunt's husband and son Alex were also members of the choir.

It was rare to have three members of a family in the choir, she said.

"We are thinking of her family, of Colin and Alex in particular."

St John's organist and choir master Alan Edwards said Mrs Campbell-Hunt was a much loved and enthusiastic member of the choir, who was also always ready to contribute her musical talent on flute and recorder.