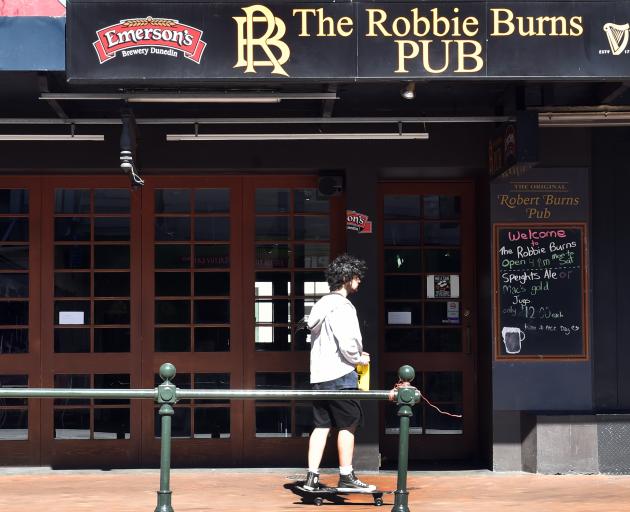 The Robbie Burns Pub is being renovated and its future will be decided in the new year.PHOTO: PETER MCINTOSH
The future of the historic Robbie Burns Pub in George St is unclear, as the building's owner considers what's in store for the Dunedin hotel.

A scheduled meeting of the Dunedin district licensing committee was to have considered an opposed on-licence application for the hotel today, but that meeting was cancelled.

``That's the nature of the beast, I suppose. It does go quite quiet down there around this time.''

The pub was being renovated, but Mr Marsh said the format after that was done had not been decided.

``We're researching the liquor licensing side, and we'll probably make a decision in the new year.

``It will remain in the hospitality business.''

Asked if a Robbie Burns Pub would remain on the site, Mr Marsh said: ``We're not sure what form or shape yet.

``Obviously, it's a hospitality strip, so we'd expect some operator to step forward and it probably needs a bit more food in the operational side.''