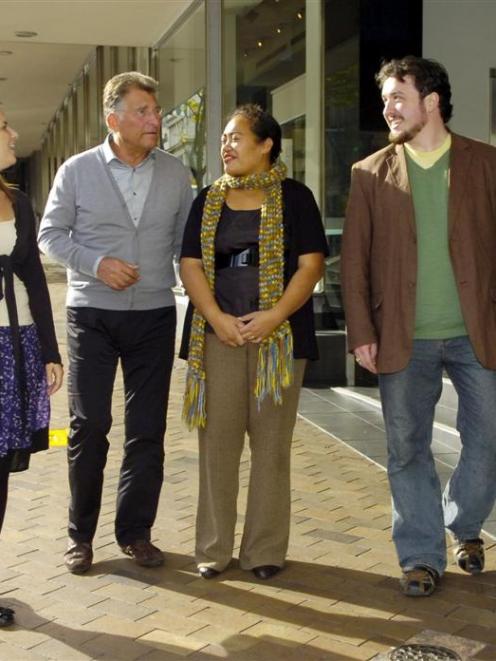 Siegfried Jerusalem is known for his roles Wagner's operas, and is in Dunedin to share with University of Otago students some of the wisdom he has gained during a 48-year musical career.

The 69-year-old said opera was not his first love.

He began as a professional bassoonist with German orchestras from 1961 to 1977, his last position being with the Stuttgart Radio Symphony Orchestra.

Jerusalem said it was in Stuttgart that he began to study voice seriously, and his singing career began there in 1976.

In the same year, the orchestra played for a television production of Johann Strauss's The Gypsy Baron.

When the scheduled tenor backed out at the last minute, Jerusalem stepped out of the orchestra pit and on to the stage to perform the role of Sandor Barinkay.

"I was not scared for my first time on stage.

"I wanted to be a singer - it was my great wish.

"When I got this opportunity, I grabbed it with both hands," he said.

For a year he continued as a bassoonist while taking small parts with the Stuttgart State Opera.

When his performances as Lohengrin in Stuttgart, Hamburg and Zurich led to offers from Berlin, Vienna, and Munich, he decided to pursue his singing career full-time.

Since then, he has become closely identified with the heldentenor roles of Wagner, performed in recordings and all the major opera houses to wide acclaim, and is in demand as a vocal tutor.

He is professor of voice at the University of Music in Nuremberg.

Jerusalem was the adjudicator for the Lexus Song Quest held in Auckland last week and is in Dunedin as part of a nationwide tour with the prizewinners of the competition - winner Aivale Cole (32) of Wellington, runner-up Wade Kernot (28) of Auckland and third-placed Julia Booth (25) of Hamilton.

Jerusalem will give a masterclass for selected singers who entered the 2009 Lexus Song Quest but did not make it to the finals.

The Dunedin masterclass will be held today from 2pm to 5pm in Marama Hall at the University of Otago.

It will be followed by a recital by the Lexus Song Quest prize-winners, accompanied by University of Otago pianist Prof Terence Dennis, at the Glenroy Auditorium in Dunedin at 8pm.