Giving up smoking through vaping complex

By Nina Foley
0 Comments
Slow and steady often wins the race, and it seems quitting smoking is no exception.

A study by University of Otago researchers found that progress was not straightforward as smokers attempted to move away from cigarettes and towards vaping.

Participants were given an electronic nicotine delivery system, commonly known as vapes, and, by using a smartphone, recorded their daily usage for up to 20 weeks while trying to quit cigarettes. 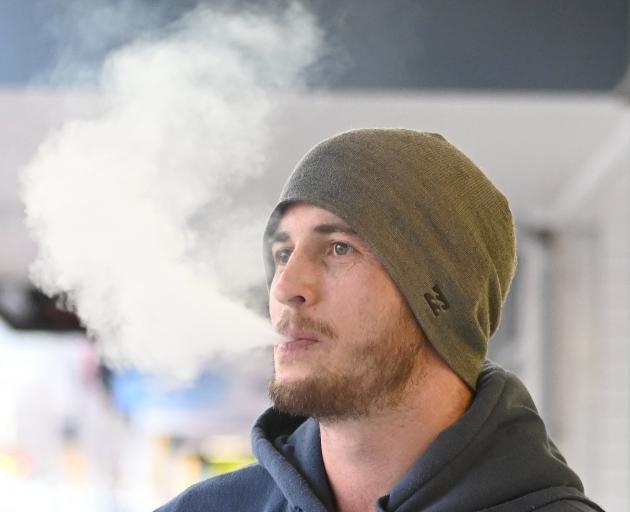 Lyall Rarity, of Christchurch, tried other methods in an effort to quit smoking but found vaping the most effective. A University of Otago study has found the transition from cigarettes to vaping is not as straightforward as many think it is. PHOTO: LINDA ROBERTSON
Lead author of the study, Associate Prof Tamlin Conner said persistence was crucial for transitioning away from cigarettes.

“Not any one person’s journey to quit smoking is the same”.

“Some people take up exclusive vaping relatively quickly in several weeks, others take longer, from 12 to 20 weeks, or do not transition at all and continue smoking”.

The results were a part of a larger study on vaping to smoking transitions, carried out by Prof Janet The results and colleagues, who also found variability in vape use.

Vapers spoken to in Dunedin yesterday also had different experiences of quitting smoking.

Dave Jones smoked for 20 years before transitioning to vaping last year and struggled, going back and forth between the two.

Mr Jones attributed the Covid-19 lockdown to helping kick the habit, as he was not around other smokers.

He admitted to still smoking cigarettes occasionally, although he was working on that.

Christchurch man Lyall Rarity decided to give vaping a go in an attempt to quit smoking after 14 years.

He had tried to stop smoking cigarettes in the past using medication but vaping seemed to be the most successful method.

Although he admitted he switched between smoking and vaping to begin with, Mr Rarity no longer used cigarettes at all.

Prof Hoek said the variety in behaviours implied smoking cessation programmes were too ‘‘simplistic’’, and common milestones such as being smoke-free after 12 weeks could be outdated after these findings.