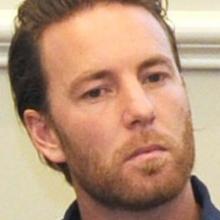 Peter Graham
Submitters opposed to a planned golf hole-in-one challenge at Vauxhall say they are disappointed and considering appeals after consent for the new venture was granted.

He planned to use a reserve next to the Vauxhall Yacht Club for his golf challenge, kayak and bicycle hire and coffee and food van business.

Golfers would aim for a floating pontoon 95m into the harbour and would win $10,000 if they scored a hole-in-one.

However, submitters opposed to the venture said yesterday they were disappointed with aspects of the decision.

John Parnell, an Otago Rowing Club coach, said positioning the pontoon a third of the way into one of the club’s regular early-morning training lanes "sort of stuffs up a nice stretch of water".

"We really think firing golf balls into that lovely stretch of harbour, which is just marvellous for small boats and water activities, is a shame.

"The problem is it [the pontoon] is not a small obstacle. It’s 12m by 8m. Quite frankly, you could land a helicopter on it."

The club would consider an appeal but would otherwise adjust its training and "live with it", he said.

Her main concern was noise from golf ball strikes, which would be permitted until 10pm each day.

"There’s been a clear lack of acknowledgement of the impact of the business on the Vauxhall residents."

Craig Latta, a regular paddleboarder and owner of Watercooled Sports, said he supported aspects of the venture but remained unconvinced by plans to recover golf balls from Otago Harbour.

"The harbour is such a disgrace — there’s so much rubbish in it already, and in this day and age we’re letting someone put more stuff into the harbour.

"He [Mr Graham] thinks he can retrieve all the golf balls. I guess time will tell."

The panel set the hours of operation for the golf venture at 9am-10pm daily.

A coastal permit for the operation was granted for 25 years, but with a right of review should effects prove greater than anticipated.

The panel concluded the main source of noise in the area was traffic on Portobello Rd, and noise from the golf operation would be "acceptable".

A "minor adjustment" by rowers could move their training lane away from the pontoon, and the golf operation would also start later, and employ a spotter to stop golfers if needed, to allow existing recreational activities to co-exist.

The panel also accepted expert evidence from a commercial diver who tested and confirmed golf balls could be recovered, it said.

Mr Graham said he was "confident we have covered all aspects" of what was needed for a "sound operation".

"It’s great to see the city develop and add in a new, unique tourism venture," he said.