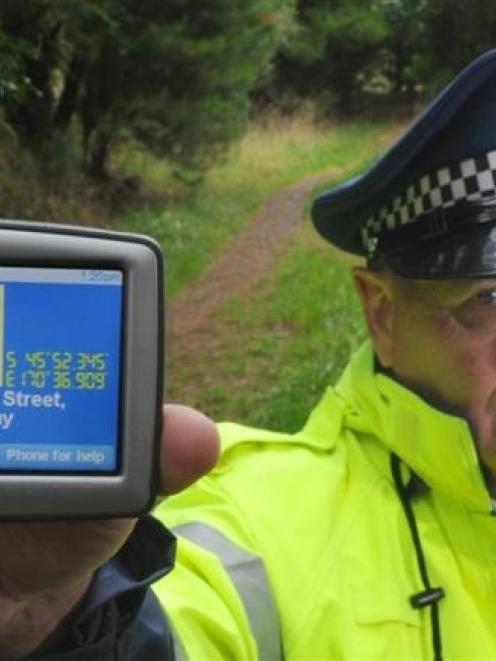 Snr Const Kellas, the area policeman, supported a proposal to go before the community board at its meeting tomorrow to ask the map providers which supply GPS manufacturers to change information on problem routes.

A "classic case" was Greenacres St, which turned into a walking track, but as it was a paper road it was shown by GPS systems as connecting Portobello Rd and Highcliff Rd, Snr Const Kellas said.

If suitable, it would be a handy shortcut, but the former "dray track", now popular with walkers, was dangerous for vehicles, particularly bulky campervans used by tourists.

"Some of them have no common sense."

On Cape Saunders Rd, motorists had tried to drive to the lighthouse, even though the road finished at Kaimata Rd, he said.

Some had also come unstuck trying to reach the seal colony from Harington Point Rd, from which it was not accessible.

A report to the community board from Dunedin City Council transportation engineer Susil Gunathilake said that in the past 12 months there had been a "number of incidences" where tourists were directed to a route not suitable for vehicles.

The problem roads identified are:Hereweka St (road stops but digital maps show it continuing); Greenacres St (a no-exit road shown as a through route connecting Portobello Rd and Highcliff Rd); Highcliff Rd (the section between Camp Rd and Seaton Rd is not suitable for campervans); Nyhon Rd (does not exist); Cape Saunders Rd (finishes at Kaimata Rd but is shown as continuing); seal colony (GPS providing directions to the colony from end of Harington Point Rd); Camp St (inaccessible to vehicles once it turns into Camp Rd Track).