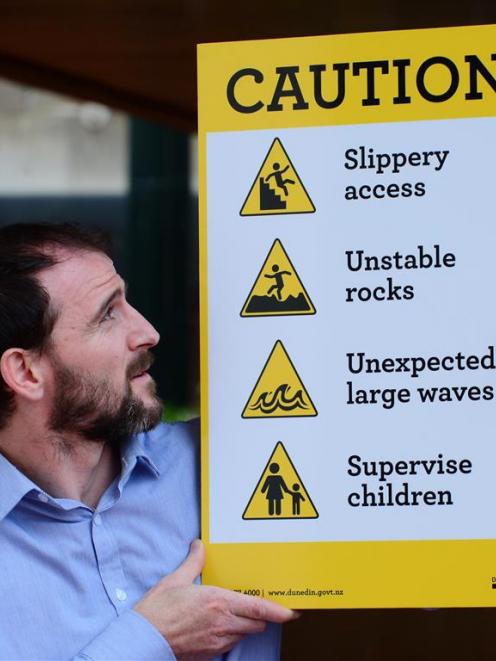 A video has been posted online showing a group of people running towards the St Clair Surf Club ramp, to avoid being swept away by a large rogue wave, including a man who had to pick up his children and run.

The wave nearly dragged a woman out to sea. She was assisted off the beach by a surf lifeguard.

St Clair Action Group member Sam Haslemore said she filmed the video of the beach where the Esplanade sea wall meets the sand dunes on Tuesday to show the danger of the surf in the area.

"I was sitting at the beach and saw quite a few people getting swept off their feet, so I just got my camera out and started videoing. That was just one of the incidents I caught.''

"It's just a stroke of luck as to whether you get across or not.''

The incident is one of several in recent weeks.

Sand loss during winter storms last year has made access to the water particularly difficult this summer and more sand loss during the past couple of weeks has exacerbated the problem.

Dunedin City Council project and asset-management team leader Hamish Black said precautionary signs would be put up today, to draw attention to hazards at the beach.

"On the signs, there will be both symbols and wording which will refer to slippery access steps, unstable rocks, unexpected large waves and a recommendation for people to supervise children.

"I think the key message is, people need to be aware, no matter what state the tide is in.

"Whether it's low, high or medium, people should be taking care when they are accessing the beach because it is forever changing.''

Ms Haslemore said the signs were much needed and would be very helpful.