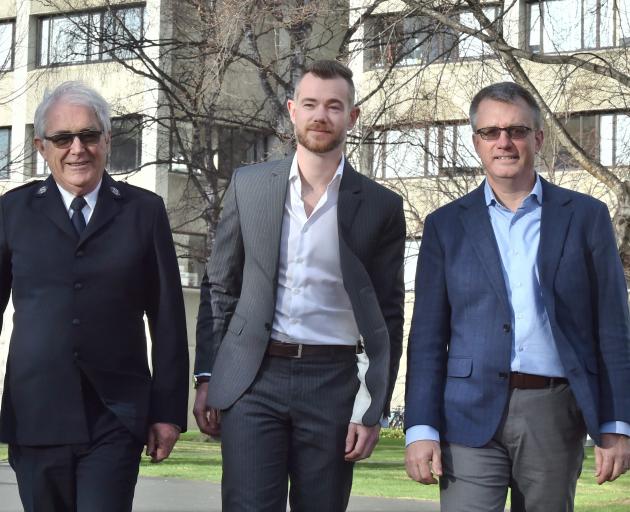 Groups which are part of an initiative called Kiwi Buy were in Dunedin this week promoting the scheme.

For the last nine months they have pushed the Government to support progressive home ownership and shared ownership models.

Through shared ownership, buyers buy shares in a property, which they co-purchase with community housing organisations in the hope of gradually owning the entire property.

Progressive home ownership shares similarities with rent-to-buy schemes, but are partnered with a community housing provider.

The Kiwi Buy initiative was created by the Salvation Army, Habitat for Humanity, Community Housing Aotearoa and the New Zealand Housing Foundation.

They say with the KiwiBuild reset, things are looking more positive, but the details are unknown.

Salvation Army Dunedin community ministries manager David McKenzie said there was very little detail in the announcement, and policies were not expected to be formed until mid next year.

This would determine how it helped low to middle-income families.

''Dunedin has a lot of low-wage people. It's those folks who are turning up in our services needing assistance, when years ago we wouldn't be seeing that.

The increasing prices of rentals and housing in the city had made the problem worse.

Equity and progressive ownership models were among the things which needed to happen in Dunedin, he said.

''It's the first step and we'll have to wait for what the detail is.''

As it and other agencies had been involved in helping people into housing for decades, they hoped to work with the Government to achieve its goals.

Community Housing Aotearoa chief executive Scott Figenshow said the goal was now to get the Kiwi Buy ideals cemented into the housing system.

Major Campbell Roberts, of the Salvation Army, said the Government seemed to be adopting a lot of objectives it was pushing for.

''Now it's about whether ... it gets introduced in a way we all find acceptable and more importantly will actually deliver to people who haven't got housing.''