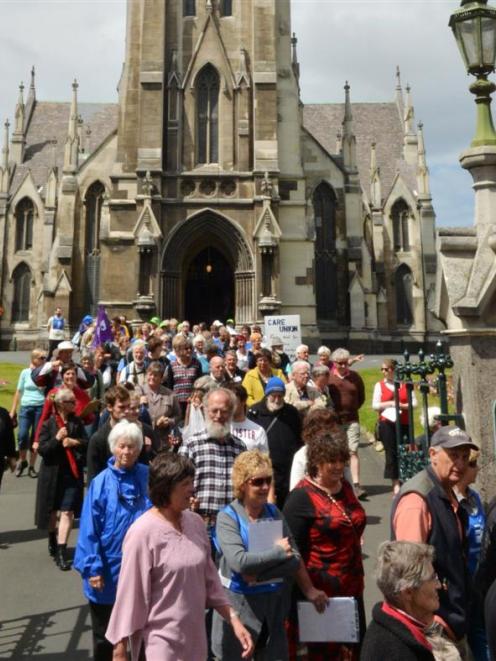 A perception some of the heat has gone off the Southern District Health Board may encourage those standing in the upcoming election.

Since the first election in 2010 after the Otago-Southland merger, a new chairman and new chief executive seem to have improved a previously testy relationship with Wellington.

Muddled lines between management and governance have been defined, partly by bringing in private-sector expertise.

While still in deficit, the board has mostly managed to meet stricter clinical targets without going further into the red.

A scathing report in 2011 by the National Health Board, which identified the governance issue and

other shortcomings, particularly in Dunedin Hospital services, does not appear to have been followed by much scrutiny from Wellington, which seems happy with progress the board has made.

Southern was cleared recently of concerns a psychiatrist experimented on mental health patients with the anaesthetic ketamine, the long-running investigation leading to a sharpening of practices around prescribing drugs for other purposes than what they are licensed.

The neurosurgery service question was decided after the tumult of the threat of losing it from Dunedin in 2010.

It is now incorporated with the rest of the South Island.

Chief executive Carole Heatly has tried to refocus some staff and services towards the community to take pressure off hospital services, leading to a restructuring which has been under way largely under the radar.

Her low-key style contrasts with that of the more combative chairman, Joe Butterfield, who is known for his gruff yet good-natured handling of meetings. 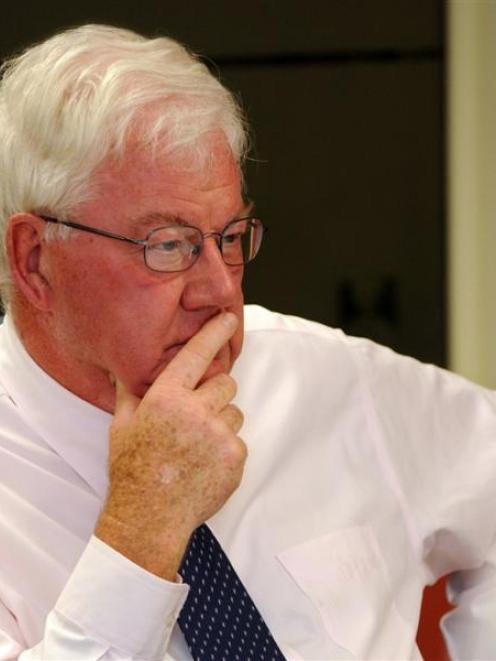 Joe Butterfield.
The public section of meetings is noticeably short under Timaru-based Mr Butterfield, who has said he is willing to serve another term and seems likely to be reappointed by Health Minister Tony Ryall.

The tight rein on public statements has sharpened the message, but might have contributed to a failure to recognise genuine public disquiet about a decision to dump Presbyterian Support Otago from the home support service.

The decision to favour an Australian-owned company over a long-serving local one might affect board members' re-election prospects, although it is unclear whether the issue is on the radar of voters.

Southern has been slower than some other boards, notably Canterbury, at forging strong links with the community/primary care sector to try to limit hospital admissions.

Its efforts in this area, in which it must now make progress in because of new primary care alliance bodies' being mandatory in all boards, had a setback when funding and finance head Robert Mackway-Jones left earlier this year.

The board is sharing a senior manager with the Nelson Marlborough District Health Board while it reviews the top-level role vacated by Mr Mackway-Jones.

Helped by a ninth operating theatre at Dunedin Hospital, the board has managed to keep up with increased demands around elective surgery, such as providing first specialist assessments and treatment (once promised) in five months instead of six.

But it faces a challenge to keep up with increasingly short time frames, while Dunedin Hospital's need for investment appears unlikely to be met any time soon.

One service considered in dire need of an upgrade is Dunedin's gastroenterology facility.

The South has New Zealand's highest rate of bowel cancer, and despite its shortcomings the Dunedin facility has to function as a teaching site as well as the hospital's only endoscopy suite.

A renewed push spearheaded by former department head Emeritus Prof Gil Barbezat appears to have made little headway yet, despite the group he leads releasing a highly critical report slating an 18-year delay in upgrading the facility.

Dr Chambers's advocacy of resourcing hospital services rather than diverting more funds into community services might put him at odds with other board members, some of whom view his candidacy as representing a senior doctors' union agenda.

Two board members, committee chairman Dr Malcolm Macpherson, in Otago, and deputy chairman Paul Menzies, in Southland, are standing down.