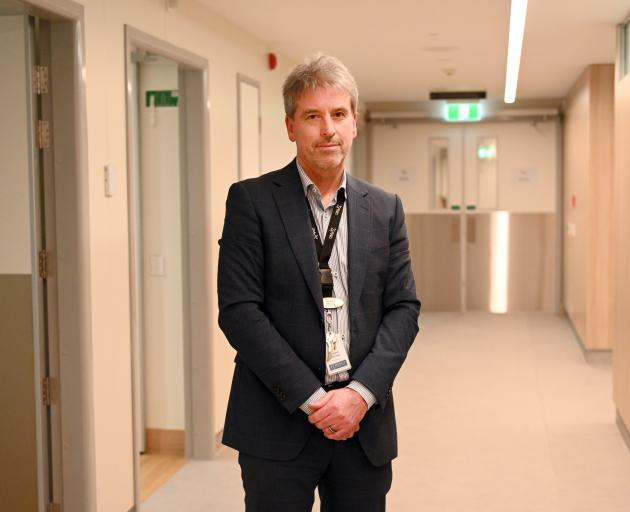 On Friday, in an event timed to coincide with the 85th anniversary of the founding of the private hospital, Mercy’s new inpatient Callaghan wing was opened.

The second storey expansion includes several new single-bed rooms, facilities for staff, and a room for medical staff staying overnight at the hospital.

Construction workers are still to finish several two-bed rooms, and in all 22 extra beds are expected to be approved for use by the Ministry of Health by November.

"This wing is designed more for families, so there is space in each room for mum, dad and child or whoever," Mr Whitney said.

"We expect this will primarily pick up ear, nose throat work and that sort of thing."

Those cases were about 12% of Mercy’s patient volume and there was now capacity and potential to do more, as well as dental and other paediatric work, he said.

The Callaghan wing is part of a significant range of work on the Maori Hill campus, which includes adding an extra operating theatre and upgrading and moving Mercy’s intensive care unit to a three-bed area elsewhere in the complex.

"Our patient acuity has been steadily changing so we had greater need for that expanded ICU capacity," Mr Whitney said.

"A better ward will need better, upskilled staff who will be better placed to look after our patients."

Designated key staff had been integral to the design of the new rooms and facilities, Mr Whitney said.

"Some of the last finessing of how stuff would work was pretty much left entirely to the staff.

"We have already started recruiting staff for this ward, which will start off as a Tuesday to Friday ward."

Ha ha ha "Mercy Hospital" what an effing joke it's time to change the name to greedy hospital there's no mercy in the amount these people charge.