Short of staff in aged care

Southern aged residential care facilities are turning away potential residents as a critical lack of nursing staff continues to hit the sector hard.

About 17 people are waiting for a bed in aged residential care, mainly because of an acute shortage of nurses to care for them.

"It is well beyond the critical point now," Southern District Health Board chief executive Chris Fleming said in a report to the board.

"The current situation continues to worsen and implications are being felt system-wide."

Those audits have not yet been posted publicly by the ministry, but recent audits which have reveal the depth of the issue.

The ministry follow-up report on its September audit of Invercargill’s Ascot Care Home said that at the time of the audit there were six full-time registered nurse vacancies and a dozen other vacancies at the facility.

"Of the six, five did not turn up to work and the remaining new care staff came for only two shifts then failed to return."

The ministry said Ascot struggled to fill a roster and relied on casuals.

At Clutha Views Life Care in Balclutha its audit revealed it had insufficient staff at key times of the day.

"Staff expressed high stress levels from lack of staff and people taking on additional tasks," something not always safe or appropriate, auditors said.

Mr Fleming said in November and December five unnamed hospital level facilities in the southern region reported shifts where no registered nurses were available to work.

"Multiple aged residential care facilities (ARC) have bed vacancies but are not admitting residents due to staffing shortages," he said.

"These decisions are difficult for ARCs, as they are only funded for beds filled by residents."

"In addition, this month there were instances of ARC admitting residents to hospital who needed nursing care (not medical interventions) not able to be provided by the short-staffed ARC facility," Mr Fleming said.

Several factors were behind the staffing crisis, he said.

Those included vaccine mandates, which anecdotally cost the sector 5% of its workforce, and travel restrictions hampering the hiring of workers from overseas.

"The ARC sector is very fragile with limited resiliency," he said.

"The emergence and imminent threat of Omicron poses new risks, and engagement has commenced with the sector on update contingency and response plans."

The pay discrepancy between aged residential care nurses and DHB nurses had widened since recent pay agreement and pay equity settlements for DHB nurses, and the resignation of ARC nurses to seek higher pay at DHBs was now problematic, Mr Fleming said.

"It is important to note that this issue is not limited to ARC, but to all of the health sector publicly funded including mental health non-government organisations, Maori providers, rural hospitals and primary care." 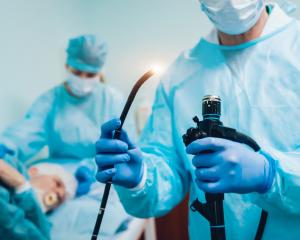 "It is well beyond the critical point now," Southern District Health Board chief executive Chris Fleming said in a report to the board.

"The current situation continues to worsen and implications are being felt system-wide."

CEO Mr Fleming again points out the obvious...(well, to the rest of us,who already know : )

So....what has he been doing about this situation? I mean its not like ANYONE couldnt have foreseen this? The Aged Care sector was well known for its reliance on Immigrant Workers . Low.... pay,conditions etc etc (which considering the amount the Sector makes ...disgusting! ) When the Tap got turned off, they are finding it hard to find Carers. Oh dear. Offer More Money.! But anathema (or worse : ) to those BAU types.

"The pay discrepancy between aged residential care nurses and DHB nurses had widened since recent pay agreement and pay equity settlements for DHB nurses, and the resignation of ARC nurses to seek higher pay at DHBs was now problematic, Mr Fleming said."

What? So the Fairer pay DHB Nurses are NOW getting is The Problem ?