'They have destroyed people's quality of life'

Stephen Hoffman wanted to drive a truck until he was 70.

However, lengthy delays before the Southern District Health Board's urology department treated his ''A*'' urgency prostate cancer case mean the 64-year-old now has a lower life-expectancy, and will never work again. 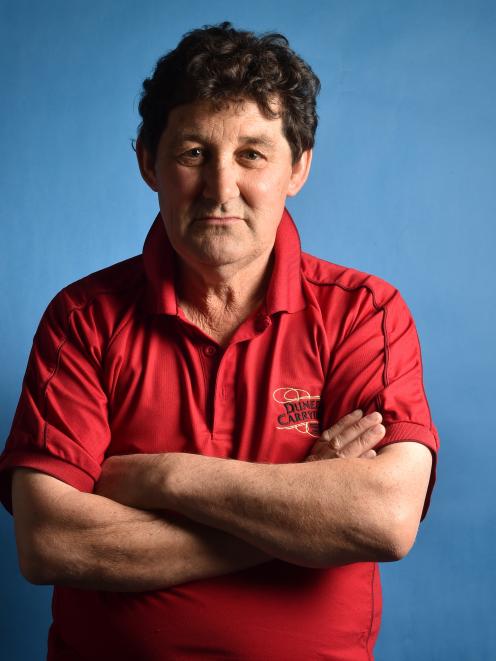 Prostate cancer patient Stephen Hoffman, is one of 38 people who complained to the Health and Disability Commissioner about issues concerning the Southern District Health Board's urology service. Photo: Gregor Richardson

Mr Hoffman - ''Patient B'' in a damning health and disability commissioner report released this week into 38 complaints concerning the SDHB's urology department - argued in vain to be named in the report.

He wanted his story told, so it would not happen to anyone else.

''My prostate was totally full of cancer.

''It was so full of cancer it was sticking out the sides.

''That was after seven months, whereas it should have only been two-three weeks before I had a biopsy,'' Mr Hoffman said.

''They send you an apology for what has happened to you and for the inconvenience.

''I can't remember what the wording was, but the way they word it shows a total lack of understanding for what myself and these other people have gone through.

''They have destroyed people's quality of life, and it could have been avoided.''

Mr Hoffman, of Gore, has filled several pages in an A4 pad with details of appointments with doctors and what he was told.

''It's an enormous list and if they had dealt with it right at the start, as they should have, within 61 days, I would be out driving a truck now.

''What the hospital and Government need to realise is that if someone has something that needs to be done, get it done now.

''It's cheaper to fix someone, rather than let it fester into a mess.''

Mr Hoffman had attempted to work while wearing a catheter and leg bag, but could not continue.

Then a check-up before buying travel insurance for a family trip revealed Mr Hoffman's cancer had spread to his lungs.

A course of drugs has resulted in that cancer subsiding, but Mr Hoffman is under no illusions.

He knows he will not live as long as he would have if his prostate cancer was treated within the recommended timeframe for an urgent case.

''I would almost be dead now if I hadn't stood up for myself and pleaded my case,'' he said.

''When they say you need a biopsy, you should be wheeled out and have it done straight away that day, or the next day, not in seven weeks or more.''

Mr Hoffman wanted the SDHB to issue regular reports on the urology service to demonstrate that waiting times for treatment of patients had improved.

''They tell us that it's a lot better now, but a lot of people out there don't think it is.

''All I am here to do is to make sure that it doesn't happen to anyone else.''

The SDHB has sent individual apology letters to the four patients whose cases were highlighted in the HDC report.

On Monday, chief executive Chris Fleming unreservedly apologised for failings at the urology service which led to patients such as Mr Hoffman receiving unacceptable care.

''I know that I am not going to get away from cancer,'' Mr Hoffman said.

''I know that it has shortened my life expectancy, and that it will rear up behind me one day and boot me in the bum, but until then I am going to keep ahead of it and keep running.''

So tough, as you say - should be driving a truck but you became just a NHI number, just a data snippet of paper and not enough people in the system cared especially at the management level. Words don't cover for cruelty - and that is what happened. It is shocking, lets all be honest. All the best. You spoke up, showed them how, thanks.