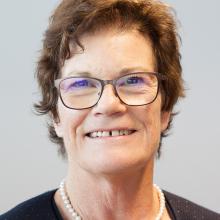 "Blitz lists" of prostate cancer surgery will be performed on weekends  amid a wider recovery plan by the  Southern District Health Board  to deal with surgery delays.

Acting specialist services director Joy Farley spoke at a commissioner team meeting in Invercargill yesterday about the urology crisis and other challenging areas. The backlog of 100 urgent prostate biopsies would be cleared within weeks. Extra prostate cancer treatment could add to demand for surgery and radiology, and both those services were under intense pressure already.

The blitz lists would ensure urology cases were dealt with quickly. A wider recovery plan was being formed to deal with other delays in surgery, particularly orthopaedic and ge

neral surgery. Ms Farley said she was meeting the urologists every week.

She also  spoke about the need to improve access to MRI and CT scanning, something the board has grappled with for a long time.At present it was meeting its MRI target for 31% of patients. The target is 85% of elective patients within 42 days.

Ms Farley had devised a plan to extend CT operating hours, but dealing with the MRI issue was more difficult. A review was done a year ago about MRI access and she  review its recommendations.

Ms Farley was joined by new planning and funding head Lisa Gestro, a position that has been renamed strategy, primary and community director.

Commissioner Kathy Grant asked why planned changes to community mental health services had ‘‘come to a halt’’, and Ms Farley said that was not the case.

But there had been some ‘‘tension’’ and the team was looking at its priorities.

Responsibility for mental health now fell under a different set of managers because of a senior-level restructuring.

The commissioner team heard from Ohai mother Alanna Barrett during the public forum.Ms Barrett said she took her daughter to Southland Hospital with tonsillitis when she was unable to get a general practitioner appointment. They had to wait eight hours, and she said it would have been easier to get treatment for a dog.

She saw patients abusing staff because of long wait times and said the department needed a dedicated staff member to deal with straightforward ailments. Chief executive Chris Fleming said there was a problem in Southland with access to GP care and the board was hoping to deal with it in a new primary care strategy.Ms Barrett was urged to give feedback on the strategy when it goes out for consultation.

Deputy commissioner Richard Thomson said many members of the public did not realise changes in health relied on wide acceptance among GPs and other health practitioners. Public pressure could play a role in ensuring those groups accepted the need to change, he said.