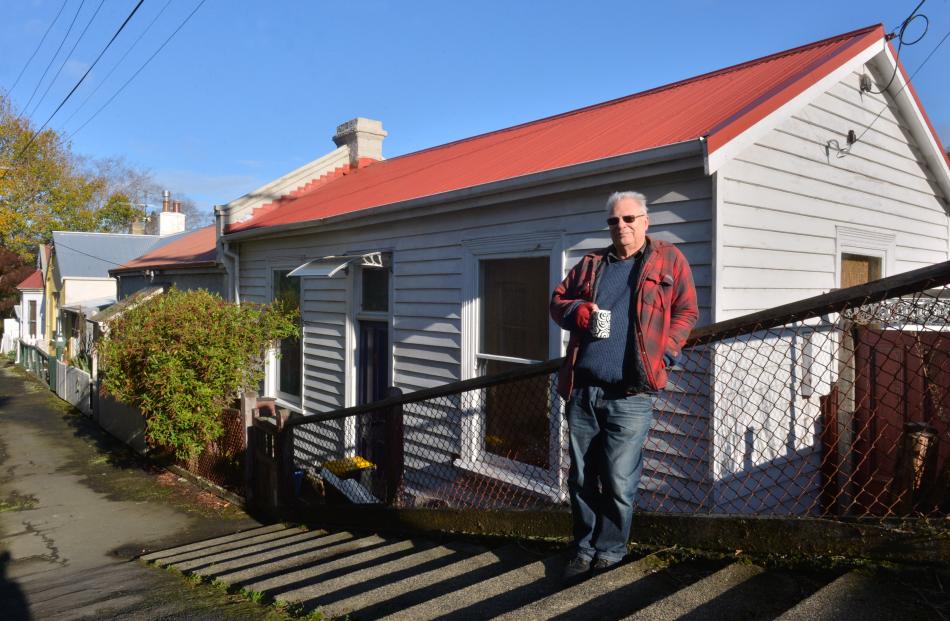 Historic cottages . . . Jack Austin, of Port Chalmers, who is seeking council recognition for the workers’ cottages in Adam St he hopes will become a Dunedin heritage precinct. PHOTO: GERARD O’BRIEN

A Port Chalmers man wants to save Dunedin's last intact workers' cottages from demolition and see the area's Victorian landscape protected as a heritage precinct.

''His City Rise cottages were all on tiny plots of land. . He had already been approached by people interested in buying and then demolishing two of his cottages to build student accommodation.

"In another 10 years, there isn't going [to be] a lot of these houses left.

"If you do away with too many of them, you lose that landscape appeal and they just become mouldy old suburbs.

"If you drive along Arthur St at the moment, there are a couple of old houses which have been demolished in the area recently and new apartments have gone up [where] those houses were.''

What went up changed the landscape, he said.

"If you look at Russell St at the moment you have the old dairy, Sunday School and the Duke of Edinburgh [hotel] next."

Sarah Martin, who owns the Duke of Edinburgh, one of Dunedin's early public hotels, said she thought a heritage precinct was a great idea that would help build a sense of community and identity in the area. It was important to protect Dunedin's heritage, but there would need to be funding from the council to help owners maintain their properties, as it was pretty expensive, she said.

The pair would be trying to determine if there was sufficient heritage streetscape value for the properties to warrant protection.

Their recommendations would be prepared for the heritage section of the 2GP hearings panel, which would meet on September 14-16. There were 17 heritage precincts in the 2016 district plan.