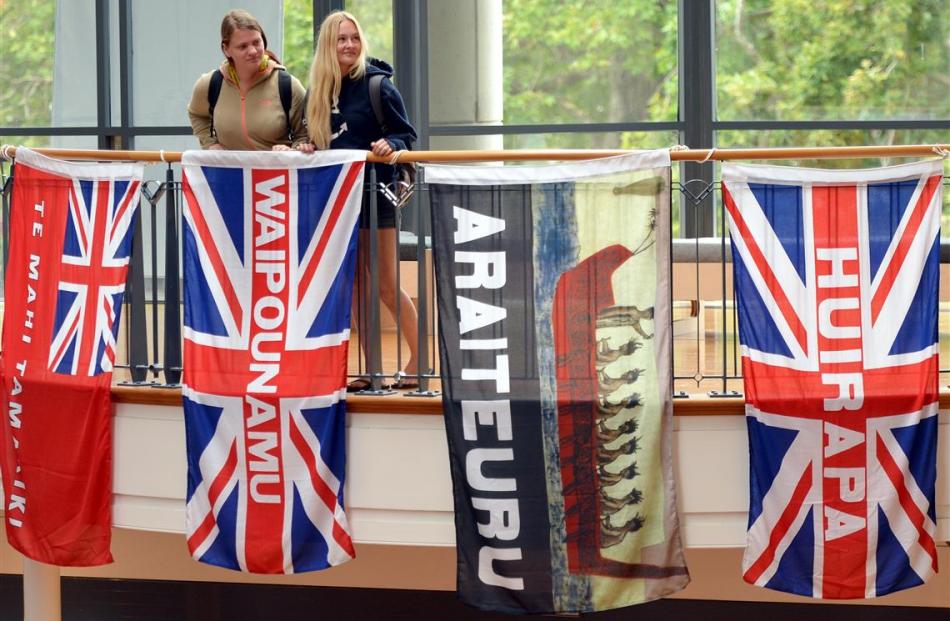 The four flags - Araiteuru, Huirapa, Te Mahi Tamariki and Waipounamu - were designed and used by the local runanga from 1874.

Over the weekend, the flags flew from the office balcony of Dunedin Mayor Dave Cull, Toitu Early Settlers Museum and the Otago Regional Council building, and were hanging in the Dunedin Public Art Gallery foyer.

Historian Bill Dacker, of Port Chalmers, said the Araiteuru flag was made when the Araiteuru Maori Council Act was passed, and was flown at Huirapa Marae, near Karitane.

The Huirapa flag was flown over the runanga hall at the marae.

The Te Mahi Tamariki flag flew at the hall at Otakou, which opened in 1874.

Te Mahi Tamariki translated to "the work of the children''- a term about the children needing to rectify the grievances of their parents.

The Waipounamu flag was created for the opening of the runanga hall built in 1901 at the defunct village Maitepapa, near Henley.

The council had decided to "step up'' and organise events to celebrate Waitangi Day on the two years out of three the Ngai Tahu celebrations were not held at Otakou Marae.

Ngai Tahu rotated its celebrations around the three areas where the Treaty of Waitangi was signed in the South Island - Akaroa, Otakou and Awarua (Bluff).

The Ngai Tahu celebrations this year were at Akaroa, he said.