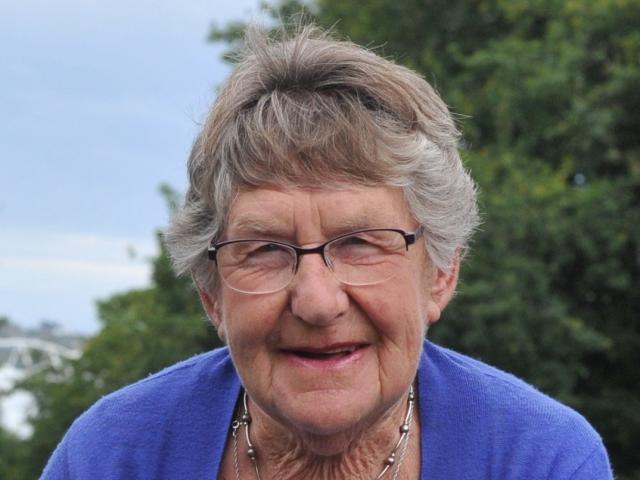 Ann Williams.
The woman who runs New Zealand's largest rose nursery says there is hope many of the sprayed roses in Dunedin's Northern Cemetery can be saved.

The offer of help from Cath Matthews, of Matthews Roses in Wanganui, came as Heritage Roses Otago was inundated with support after the plight of the roses was again featured in the Otago Daily Times yesterday.

Mrs Matthews said that if the right approach was taken, which included large amounts of watering to flush out toxins, many of the hundreds of roses affected could be saved.

She made contact with Heritage Roses yesterday to offer assistance after her daughter, who lives in Dunedin, read about the roses in the ODT.

Apart from sharing her technical expertise, she also offered to replace any of the roses free of charge, if her nursery stocked the same variety.

''It's been wonderful and we appreciate everyone's concern,'' Mrs Williams said.

The group would take Mrs Matthews' suggestions on board but, given the size of the cemetery and access issues, it remained a ''huge job'' to save the roses.

She was ''very grateful'' for the generous offer to replace roses free of charge.

Given the size of the task it was facing, the group was keen for more rose aficionados to join the club and help out with bringing the internationally significant rose collection back to its former glory.