Hospice may get a repieve 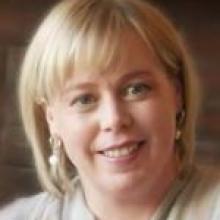 Ginny Green
Plans to close four Otago Community Hospice beds next month will go ahead, but there could be a temporary reopening later if fund-raising for the organisation is between $180,000 and $200,000 more than anticipated.

The hospice has already received $95,000 of the extra money needed in a grant from the Bendigo Valley Sports and Charity Foundation.

Hospice chief executive officer Ginny Green said it was possible the beds could reopen as a result of the planned fund-raising, but it would be a temporary reprieve.

The money could provide an opportunity to "plug the gap" while lobbying continued for increased ongoing government funding.

So far, however, there were no guarantees the hospice's budgeted shortfall of $300,000 would be met by either the Government or the community, so plans to cut services had to continue, she said.

As well as closing four beds, the hospice is shutting its day respite care services.

It wants the Government to fund 70% of its services instead of the current 53%.

Ms Green said while the generosity of the community and offers of support since the hospice announced its funding difficulties had thrilled the board and staff, it was not clear whether fund-raising efforts now would affect fund-raising planned for throughout the year.

"This will need to be considered before reaching a decision on whether to re-establish services should additional community funding be forthcoming."

Hospice chairman Stuart McLauchlan said funding had to be ongoing to ensure the long-term viability of the hospice.

"The additional funding we require has to come from Government. To reinstate services without certainty of ongoing funding would place us in a worse situation next year."