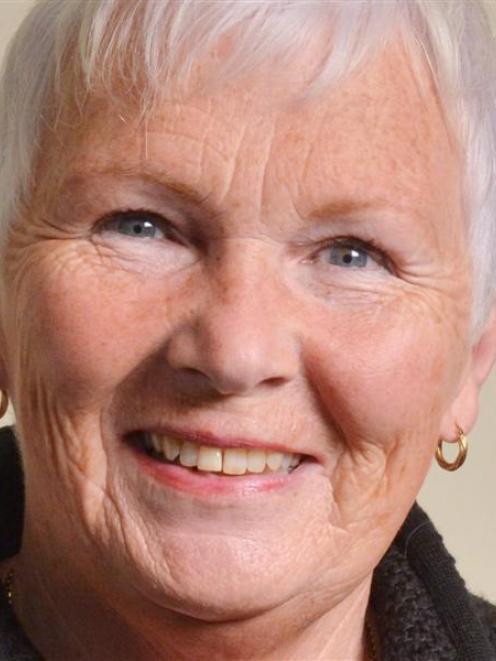 Mary Gamble.
The embattled Southern District Health Board has approved a 15-year deal with a multinational corporation for food services after facing down an acrimonious public at a board meeting in Dunedin yesterday.

More than 100 people were in the Wakari Hospital boardroom to make their feelings known about the outsourcing, which was signed off in principle last year but needed final approval.

Up to 20% of workers will lose their jobs, but employees will not know their fate for months.

Many people at the meeting were frustrated at a perceived lack of transparency, firing angry barbs at board members when a bid by board member Mary Gamble to push the decision into the open part of the meeting failed.

Mrs Gamble, who went public in the Otago Daily Times yesterday with her opposition to the proposal, challenged the lack of openness.

Chairman Joe Butterfield maintained the public had to be excluded for commercial reasons, and tried to talk over Mrs Gamble, who insisted on having her say.

Mrs Gamble said the proposal had been on the board's radar for a long time, its financial and commercial aspects having been thoroughly worked through already.

The often vocal crowd applauded Mrs Gamble's efforts, one saying ''thanks Mary'' before they filed out of the room looking dejected and annoyed.

Other comments included ''enjoy the frozen food'', ''we will remember this at the next election'' and ''shame'', and there were complaints about ''shutting down democracy'', and ''too much secrecy''.

Petition organiser Jen Olsen presented the board with the 7224-signature petition, before Grey Power Otago president Jo Millar spoke forcefully to board members.

Mrs Millar said the board must not ''saddle'' future administrations with a 15-year contract, and should not let consideration of the ''almighty dollar'' dominate every decision.

Service and Food Workers Union representatives Anna Huffstutler and Karena Kelland discussed the union's counterproposal, which included ideas for raising more revenue and a desire to work with the board on cost savings.

Ms Huffstutler said the board needed to work with the people who had institutional knowledge to find ways to save money.

Dr Chambers expressed concern the counterproposal could not be properly considered in the closed sessions with the union excluded and unable to answer questions.

Mr Butterfield warned Dr Chambers to be ''careful'' as financial issues could not be openly discussed.

Before the meeting, Doug Leggett, of Dunedin, told the ODT he was attending to fight the ''obscene'' proposal.

He wanted to know who would oversee the 15-year contract for its duration.

''These [board members and staff] will be gone,'' he said.

Mary Whitham, of Dunedin, said her primary concerns were the loss of jobs and effect on local suppliers. Local people needed the work, she said.

Anne Marie Parsons, who had gathered signatures, said people queued to sign the petition, and hardly anyone declined to sign.

Paul Hayward, of Dunedin, said he had watched the decline of Dunedin his entire life, and was sick of it.

It was centralisation for short-term gain, and the projected savings would not be garnered over the long term, he said.

The board announced its decision in a press release yesterday afternoon.

''This has been a contentious issue and a difficult time for staff. We will support all affected staff through the process of transferring to Compass and will work with Compass to ensure that any job losses are at a minimum,'' Mr Butterfield said in the press release.

Workers will transfer to Compass in October, before a review and job cuts.

The board recently released food service costs for 2013-14, of $7.6 million, which did not include revenue from Meals on Wheels and cafes.

• Meals on wheels will be trucked from Auckland.

• At least two weeks' worth of food to be kept in the South at all times.

• Will hurt some local suppliers; others may be awarded national contracts.