Huge home show at stadium will offer 'the best' 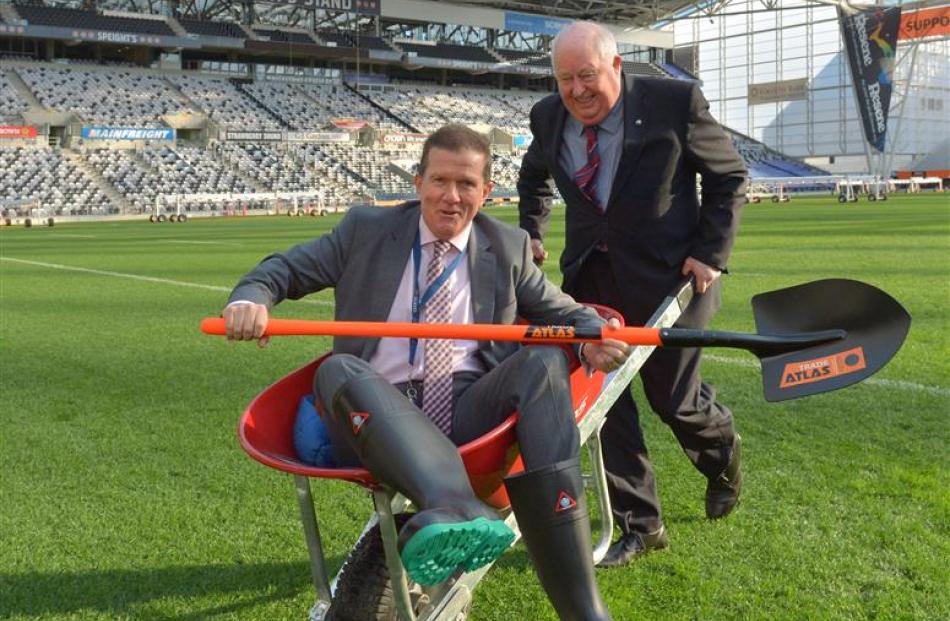 A big home show "like no other'' is set to be held under the roof of Forsyth Barr Stadium.

Dunedin Venues and the Otago Daily Times have formed a partnership to hold The Great Kiwi Home & Living Show in Dunedin in November.

Allied Press managing director Sir Julian Smith said the show would be something Dunedin could be proud of.

"An event which will attract people from throughout Otago and Southland.''

"You've got a roof, you've got space, it's an iconic venue with an iconic company, which has been around more than 150 years - why wouldn't you partner together?

"We've identified an opportunity and these two partners can deliver it for the city and the southern region.''

The exhibition categories at the show are biking, boating, food and wine, gardening, the great outdoors, health and fitness, homes, motoring, outdoor living and travel and recreation.

It will also feature celebrity keynote speakers, displays of luxury vehicles, a large area for children, and entertainment, such as cooking demonstrations and bands.

The show would cater for everyone from the "hard-nosed DIY''enthusiast to families wanting a day out, Mr Davies said.

Allied Press group advertising manager Paul Dwyer said the show was being held because Dunedin was missing a "big, vibrant'' event, such as the biennial Southern Field Days at Waimumu, near Gore.

For the first stadium show, organisers are hoping to attract between 8000 and 10,000 visitors, more than 150 exhibitors and about $20 million in transactions.

Allied Press commercial manager Matthew Holdridge said the show "is not going to be your typical home show''.

There will be seminar zones, possibly the stadium's changing rooms, used by the Highlanders and All Blacks, while a competition is planned between a men's team and a women's team to build the ultimate "man cave'' and "she shed''.

The sheds will be put on display at the show and auctioned for charity.

Some exhibition space had already been booked by businesses across New Zealand, Mr Holdridge said.

"It will be the best of what the South and New Zealand has to offer.''