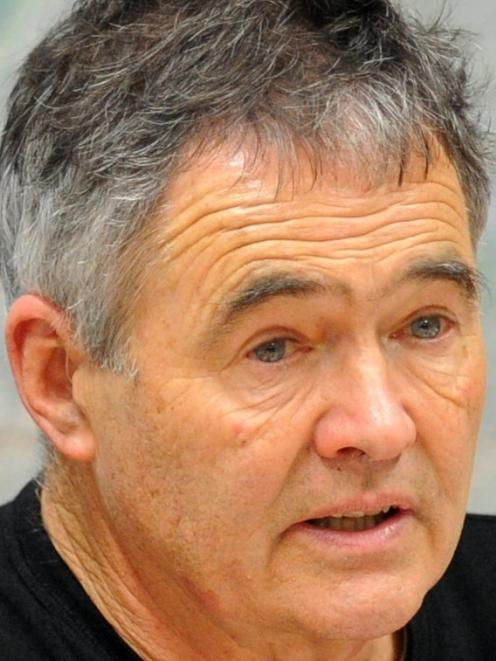 Dave Cull
Dunedin Mayor Dave Cull has welcomed measures to give prospective immigrants to New Zealand greater incentive to go to the provinces.

A series of measures encouraging the spread of immigrants throughout New Zealand was outlined by Prime Minister John Key yesterday  at the National Party conference in Auckland.

The changes would increase the number of residency points skilled migrants received for a job offer outside of Auckland, and the length of time they would need to stay in that region.

They would also double the number of points given to an immigrant on an entrepreneur work visa setting up business outside Auckland.

Mr Cull said the announcement was ''a step in the right direction ... from a number of points of view''.

''Auckland has got enough to deal with without taking all the migrants that come into the country. It just exacerbates some of the problems they're dealing with.

''And there are real challenges in the provinces, not the least of which are demographic. Populations are ageing and diminishing; they still need younger people to do a lot of the jobs.''

The points skilled migrants got for a job offer outside Auckland would rise from 10 to 30 from November 1, counting towards the 100 points they needed for residency.

They would have to stay in the regions for at least 12 months, instead of three.

The points on offer for immigrants on an entrepreneur work visa setting up outside Auckland would rise from 20 to 40 of the 120 points they needed.

Mr Key said the Immigration Service expected to approve up to 200 people on that visa next year.

''Anything that encourages more people of a working age to come to Dunedin is a good thing for the community,'' Mr Cull said.

Mr Key also announced the Government was considering a new ''global impact visa'' aimed at technology entrepreneurs who wanted to set up a global business based in New Zealand.

It would be considered over the next few months.

He also announced about 600 low skilled overseas workers in Southland - thought to be mainly farm workers from the Philippines - would be able to apply for residency.

For the past five years, they have had temporary work visas rolled over.

''Their children are at schools. Their families are valuable members of their communities and they are conscientious workers paying their taxes,'' he said.

Details would be announced later in the year.

Mr Key said a new measure used by employers in Queenstown would be extended across the country.

It allows employers to check directly with Work and Income if New Zealanders were available for particular jobs before lodging visa applications with Immigration New Zealand.

He said the moves would contribute to a better balance in immigration setting and help spread the benefits of migration across the country.

''We need to be more connected with the world because that's where our opportunities come from.''

Enterprise Dunedin director John Christie said the changes were significant, and exciting for the city.

''It's an encouraging signal that the Government's wanting to spread some of that immigration growth throughout New Zealand.

''They're not just tinkering round the edges - these are quite substantial percentage changes.''

Mr Christie said he was particularly hopeful the changes would attract more entrepreneurs to the city. Technology based companies looking to partner with the University of Otago for research or business purposes would be a boost to the city, he said.

However, not everyone was convinced the measures would work.

University of Otago politics lecturer Dr Bryce Edwards said the changes were ''more of a carrot than a stick''.

''National's really struggling to look like they're doing something about dampening the demand for housing.

''This will patch things up to a small degree and give it a few more defences when being criticised about Auckland's housing market. But in terms of the scale of the housing problems, I don't think it will have a huge impact.''