By Grant Miller
0 Comments
A building that pays tribute to pioneering women of Otago could be sold and redeveloped, but heritage features would be preserved.

The Otago Pioneer Women’s Memorial Association is asking for proposals on how its hall in Moray Pl, Dunedin, could be used in the future.

The building is on a prime site in the central city and is a category 1 historic place.

It has "spaces suitable for small public events and gatherings, private offices and upstairs living", a document requesting proposals states.

Heritage New Zealand said the building’s outstanding value came from its social and historical significance as a memorial to both 19th-century women immigrants and mid-20th century feminists.

The building began as a single-storey structure in 1909 for an office and shop. 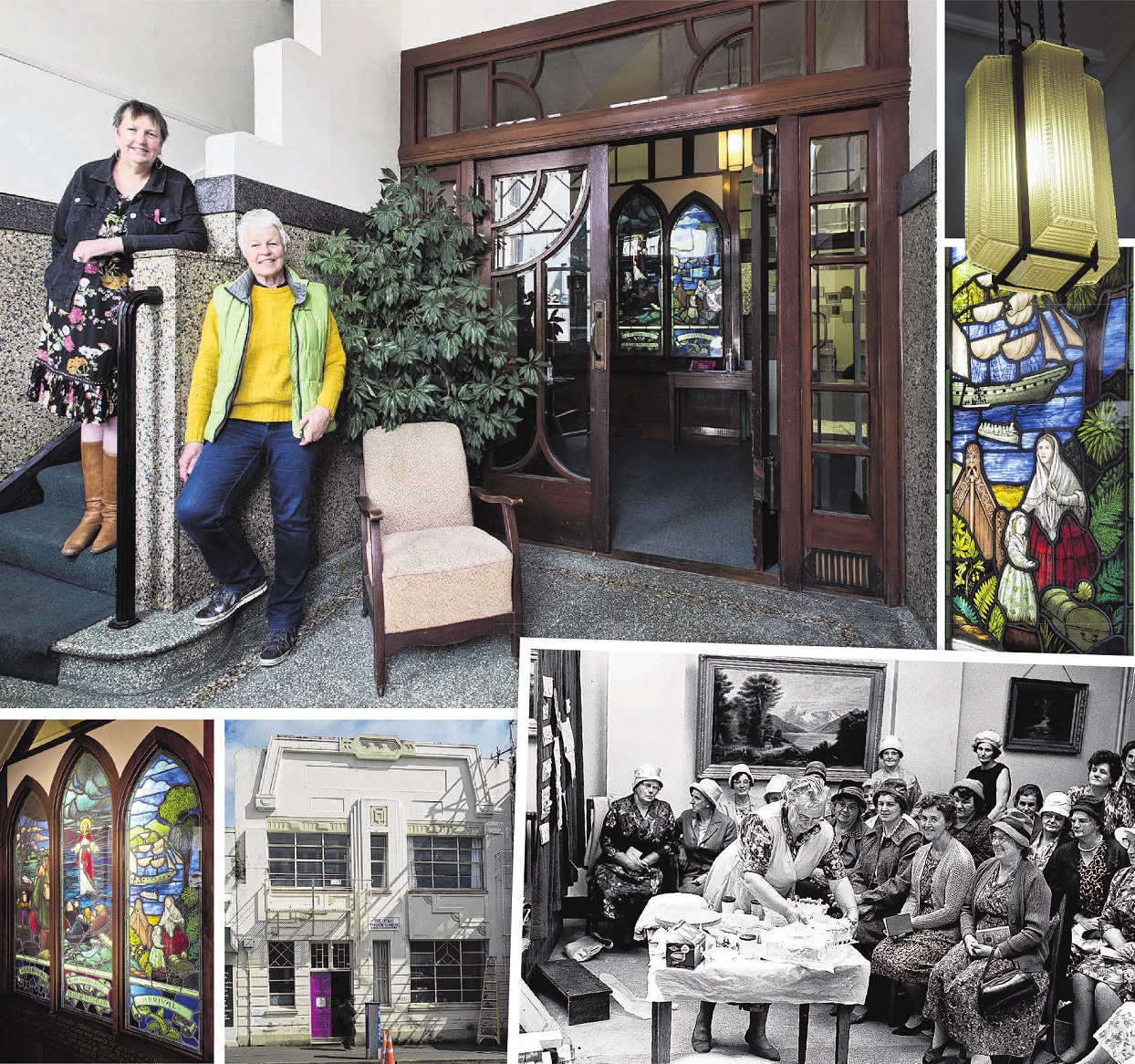 Otago Pioneer Women’s Memorial Association members Clare Perry (left) and Sue Graham stand inside the association’s building in Moray Pl, in central Dunedin. Stained-glass windows commemorate the safe arrival in Otago of the pioneer women. Demonstrating the art of cake icing in 1964 is Mrs M. Divers, of Oamaru. PHOTOS: GERARD O’BRIEN
Women's hall subcommittee chairwoman Hannah Molloy said maintaining the building’s heritage values and carrying them through to a new format was important to the association.

"We are looking for people who will embrace the kaupapa of the association and the hall’s use over the past eight decades," she said.

After visiting the Vancouver Women’s Building in 1928, she pitched something similar for Dunedin.

The plan was to create a memorial to Otago pioneer women for New Zealand centenary celebrations in 1940, but it was thwarted by sexism and politics, the Built In Dunedin website recounts.

"They went ahead anyway and made the purchase of this building," Ms Molloy said.

The hall was established for community use, she said.

It was for women who had been shopping or who needed somewhere to feed a baby or a place to relax.

Its use evolved and community groups hired it for exhibitions, classes, workshops and meetings.

The building would require earthquake-strengthening work.

It is hoped an element of community access and use is retained.

The association’s constitution states if the building is sold, the money will be used to fund a scholarship for Otago women to pursue tertiary education.