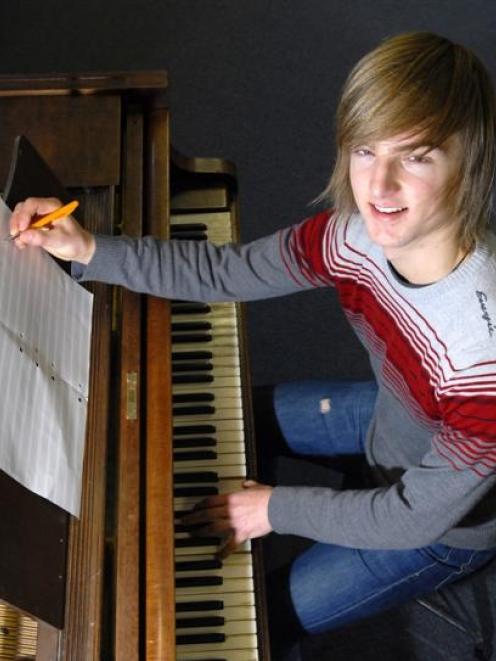 "I came across a James Bond book - The Man with the Golden Gun. It was open on a page with the name Mr Gengerella.

"I don't know who the character is in the book, but there's something rhythmic about the name. It appeals to me."

Finn said the piece was about the fictional Bond character, what goes on around him and what goes on inside his head.

His piece was selected by a panel of judges who spent a weekend scrutinising entries from secondary school composers around the country.

While Finn was surprised at the award, he was excited about his piece being played again - this time in the Wellington Town Hall for the final of the New Zealand Chamber Music Contest on July 31.

The piece would be recorded and broadcast on Concert FM, he said.

Despite his new-found compositional fame, Finn said he would continue to write music for his fellow music pupils at Logan Park High School.

"I'm writing a lot of stuff for school groups because I'm making the most of having ensembles to play my music.

"Next year, the opportunities will be less easy to obtain without the school environment."

He plans to study composition, mathematics and philosophy at the University of Otago next year.

It is among 12 ensembles from around the country selected to compete.