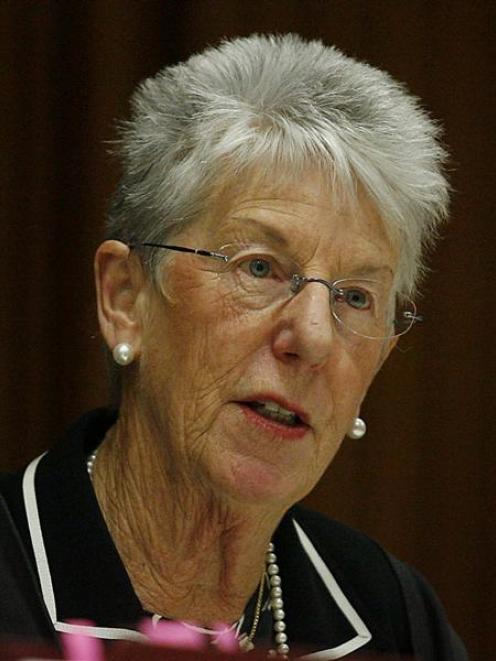 During her two and a-half hour summing up, of the case which began in the High Court at Christchurch a month ago, the judge told the 11 jurors Weatherston's guilty plea to manslaughter was an admission he killed Sophie Elliott.

But he denied murdering her and the two questions for the jury were whether Weatherston killed Miss Elliott "with murderous intent" and, if so, had the Crown proved beyond reasonable doubt he was not acting under provocation.

Weatherston, a 33-year-old former economics tutor at the University of Otago, stabbed and cut his 22-year-old honours student ex-girlfriend 216 times at her Ravensbourne home on January 9 last year.

He told a police officer soon after the killing that he had done it because of the "emotional pain" Miss Elliott caused him during their relationship.

The defence claims the accused was provoked and lost control when attacked by Miss Elliott with a pair of scissors after he arrived to return some gifts she had given him.

But the Crown argues Weatherston went to the house intending to kill the young woman, that it was no coincidence he had the knife in his bag when he arrived. It was "an integral part of his intention" to kill her.

Although he claimed he carried the knife for everyday purposes and for self-protection, his former girlfriend had never noticed it missing from the knife block or seen it in his bag. The accused had the knife with him to use kill and mutilate Miss Elliott.

The defence argued Weatherston's habitual carrying of the knife for security was an example of his obsessional nature. And they asked why, if he was going to kill Miss Elliott, he had not chosen a larger, sturdier knife.

Justice Potter told the jurors intention - murderous intent - was an essential element of the charge of murder and they had to decide if that was present by carefully considering the evidence and drawing inferences.

In reaching their decision, they would have to put aside any prejudice or sympathy. Any concern about the consequences for Weatherston of a murder verdict, any feelings of horror or disgust at the injuries caused to Miss Elliott, any sympathy for the deceased and her family as well as for the Weatherston family and any views about the lifestyle of the deceased or the accused all had to be ignored, the judge told the jurors.

They had to weigh the evidence clinically and dispassionately.

It was not disputed Weatherston killed Miss Elliott, but the jury had to decide if he intended to kill her or to cause cause bodily injury he knew was likely to cause death and did not care whether death ensued or not.

If they found he meant to cause her death when he stabbed and cut her, as the Crown argued, murder was proved. They then had to decide what was "probably the pivotal issue in the case" whether the Crown had proved Weatherston was not acting under provocation he claimed.

Provocation was defined as anything said or done by the deceased which in the circumstances of the case was sufficient to deprive the offender of self control and, in this case, induce him to kill Miss Elliott. It was for the Crown to prove, beyond reasonable doubt, that Weatherston was not acting under provocation, the judge said.

The provocative acts alleged were that Miss Elliott insulted the accused's family, lunged at him with scissors and caused his glasses to fall off. But the Crown said the jury should reject those allegations, that Weatherston had been shown to be a liar on various matters and could not be believed on this.

The jury had to decide whether a person with the accused's claimed characteristics of anxiety disorder, and personality traits of narcissism, obsessionality, histrionics and borderline personality traits would have been and was deprived of the power of self control by the alleged provocative acts.

They had to decide if the Crown had proved the accused did not have the claimed characteristics said to make him vulnerable to provocation and that he was not, in fact, acting under provocation.