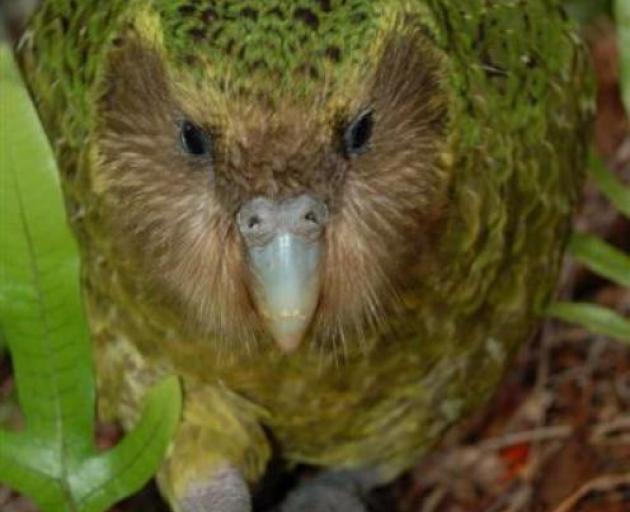 However, that boost brings with it a new concern - lack of space.

The Department of Conservation confirmed yesterday numbers of the critically endangered endemic bird, had reached 200, up from 142 at the beginning of the year.

The hospital has treated 47 birds so far this year for conditions including fungal infection aspergillosis, broken legs and dislocated joints.

In one case, a chick required brain surgery.

The hospital also helped Doc's kakapo recovery team by hand-rearing more than 20 chicks, so the birds could lay a second round of eggs and boost the population further.

The birds are only counted as part of the population at 150 days old.

Doc ranger Bronwyn Jeynes said it had 14 more chicks from this season that had not reached the juvenile age, so the official population number would likely increase over the next month.

The season started as the biggest on record with 72 chicks produced out of 86 that hatched.

However, that was followed by fears about the effects of an aspergillosis outbreak.

"It was a huge blow, especially after such success with many of the chicks just starting to fledge at the time.

"Thankfully, we seem to have got on top of the disease with a number of the affected birds now clear of illness and starting to return home."

"The aspergillosis outbreak had real potential to derail an otherwise successful season, so it was a bit fraught there for a while.

"In the end, we were able to send all but two of the chicks who came to us for suspected fungal infections back to their islands with a clean bill of health."

The final four aspergillosis chicks went back to Whenua Hou island this past week.

Dr Argilla had worked with kakapo since 2009 and said while this season was quite challenging, it was also "incredibly satisfying".

"We're now treating our third generation with some of our patients being the grandchildren of some I hand-reared back in 2009."

Doc recovery team operations manager Deidre Vercoe said the new problem to address was what to do with all the kakapo.

"A new issue for us is we're running out of space," she told RNZ.

"Both islands are full now and we need to find new habitats for our growing population. So that's a really good problem to have."