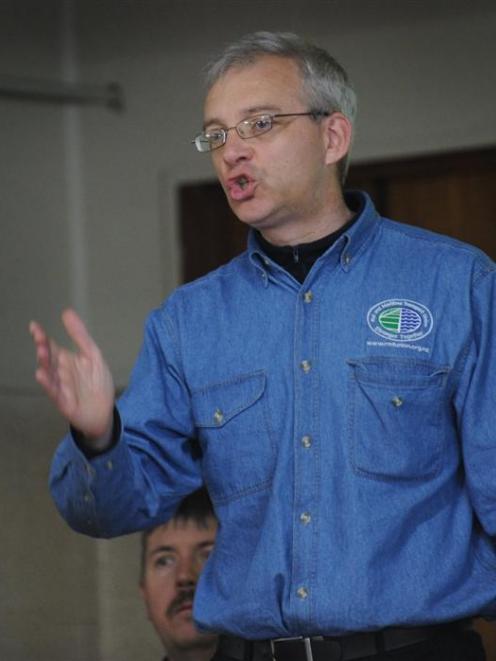 John Kerr. Photo by Peter McIntosh.
The Rail Maritime and Transport Union has alleged KiwiRail is breaching an agreement at Hillside Engineering by bringing in contractors to carry out rail engineering duties less than four months after 44 employees were made redundant from the landmark South Dunedin workshops.

Union organiser John Kerr said KiwiRail was "riding roughshod" over Hillside workers and their collective employment agreement by bringing in the contractors.

Hillside had recently received a job from its network business for some "urgent assembly and repair", which was expected to last between two and three months, he said.

"It would be inappropriate to recruit full-time employees for this work," Mr Quinn said.

It is understood about six individual contractors have been brought in to work alongside the engineering workshop's production roster of 95 staff.

Hillside had brought in contractors who were "mainly" from other local Dunedin businesses, Mr Quinn said.

"Hillside has always used contractors for short-term work and tasks that require skills we don't have internally. This number fluctuates daily."

Contractors brought in on a short-term basis have included plumbers and glass installation specialists, he said.

Mr Kerr said there had been a loss of faith at Hillside about how KiwiRail had managed the engineering workshops.

The new contracts and recent surge in work had brought more overtime hours for production staff, he said.

While there were obvious financial benefits for individual workers, many were questioning whether redundancies announced in July were necessary, given a lack of ongoing work was cited as a reason for job cuts.

"They're feeling bloody guilty when their mates have had to go down the road," Mr Kerr said.

KiwiRail management had made a mistake about cutting the 44 jobs and "they don't want to admit it".

Hillside union delegates are meeting today to discuss the matter.