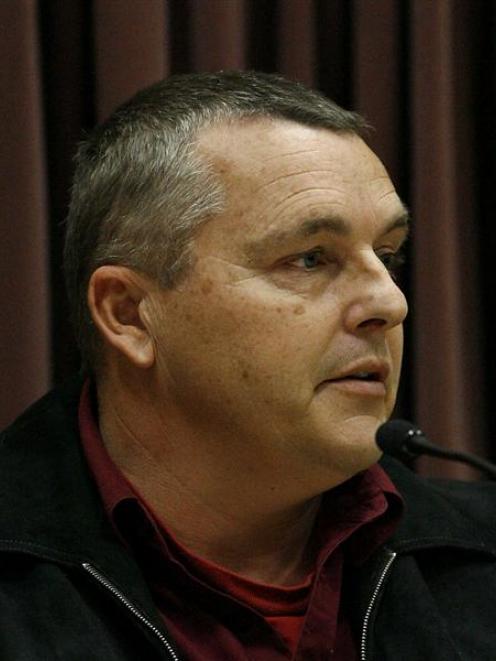 Stephen Cousins
Laniet Bain told a former Dunedin dairy owner her father was having sex with her.

Stephen Cousins, now a volunteer budget adviser in Christchurch, gave Laniet a part-time job for a few weeks towards the end of 1993.

He and his wife owned the Highcliff Foodstore in Shiel Hill, not far from the intersection of Every St and Highcliff Rd, from 1992 until January 1994. They had several part-time staff.

Mr Cousins said a group of girls approached him in late 1993 and asked him to give Laniet a job to "help her turn her life around", that she had told them she was being sexually abused by her father, Robin Bain.

The defence in 37-year-old David Bain's retrial for the murder of five of his family say Robin, rather than David, had an obvious motive for the killings, namely that Laniet was about to expose him for the incestuous relationship.

Mr Cousins said Laniet would have worked for him only a few times before he and his wife sold the business early in 1994. He described Laniet as tidy, clean, very polite and she appeared honest.

It was only a small business and there was quite a lot of down time. He talked to Laniet and she told him about living in Papua New Guinea.

Laniet also discussed her relationship with her father who, she said, had been having sex with her in PNG and "it was continuing".

"I told her to go to the police," Mr Cousins said. He told her he would go with her to support her. She said she was going to do that "in a couple of days".

Mr Cousins said he came forward with his information in June 2006 after seeing an article talking about a new trial for David Bain whose case was going to the Privy Council. He had sent an email to the Otago Daily Times, was interviewed about the matter and an article was published.

Cross-examined by Crown counsel Robin Bates, Mr Cousins said Laniet would have worked for him three to five times during the three-week period.

He could not remember if he had asked her about her father or whether she had volunteered the information.

Mr Cousins agreed Laniet told him she had had a baby in PNG and that she had been raped.

Asked whether she had been "needy" in terms of wanting attention, Mr Cousins replied "Not at all".