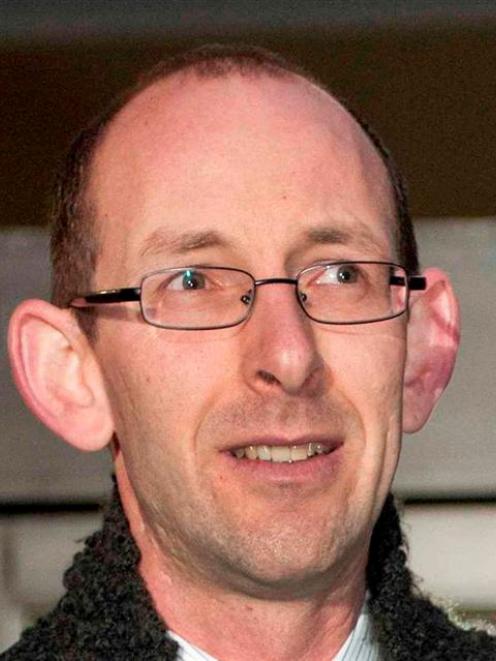 David Bain
David Bain is on the receiving end of a beatup to snare television ratings as he tries to get on with a normal life, long-time supporter Joe Karam says.

"All of this is a media beatup, all coming from a programme that was full of false information," Mr Karam said yesterday.

"This is a commercialisation of David ... with money paid from [public funding agency] New Zealand on Air.

"It was about making money. It was a farce.

"At the absolute minimum, [it] will result in a complaint to the Broadcasting Standards Authority, and maybe more."

David Bain was convicted in 1995 of murdering parents Robin and Margaret, and siblings Laniet, Arawa, and Stephen in their Every St, Dunedin, home.

He was found not guilty in June last year after a retrial in the High Court at Christchurch, where his defence team argued Robin Bain shot his family before turning the gun on himself. The defence argued Robin Bain's motive was his incestuous relationship with Laniet.

Tuesday's TVNZ documentary, The Investigator: The Case Against Robin Bain took the view that Robin Bain could not have committed the murders.

It also claimed a defence witness - a photocopier salesman - gave evidence as to Robin Bain's character that was inconsistent with other accounts.

After the show, Robin Bain's siblings Michael Bain and Colleen Trenwith called for inquiries into the laws that allow hearsay evidence to be admitted and a judicial review of the defence evidence.

They, and Margaret Bain's sister, Valerie Boyd, also added their voices to mounting pressure for David Bain to speak publicly.

David Bain did not give evidence in the retrial, and has not publicly discussed the trial or the retrial and the claims as to his father's character and possible motives for killing his family.

Mr Karam yesterday refused to ask David Bain to discuss with the Otago Daily Times anything raised by the documentary.

Requests from other media to speak to David Bain have also been declined and invitations from documentary presenter Bryan Bruce to contribute to the documentary and the debate the issues raised were declined.

Mr Karam said he had nothing to say about whether David Bain should break his silence to discuss the "misinformation" the documentary raised, and refused to say whether he or any other of Mr Bain's supporters would advise him to do so.

He also had nothing to say about any of the claims made in the documentary, save to point out they may lead to further action.

David Bain and his supporters were trying to move on from the retrial, and the "salivating", "salacious" elements of the media should do the same, Mr Karam said.

There were also revelations yesterday the Solicitor-general last year received a complaint from a member of the Christchurch public over a juror on the Bain retrial who was convicted of stealing about $6000 from her Christchurch employer in March 2007.

Crown Law told The New Zealand Herald the complaint was received too long after the trial and that was the end of the story. A spokeswoman said it was important to note that not all convictions precluded people from serving on a jury.