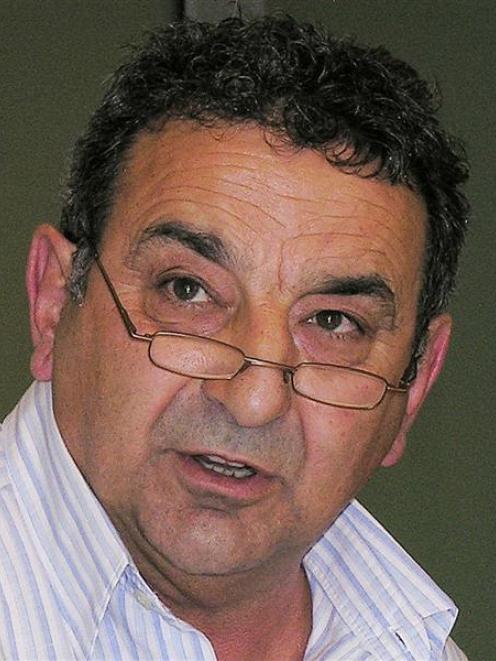 Joe Karam
David Bain does not know whether to laugh or cry about so-called "new" evidence said to clear him of murdering his family but which went unnoticed 19 years, supporter Joe Karam says.

Mr Karam said he was "embarrassed" he had the information in front of him and never noticed it.

Last month, claims were made that parallel markings on Robin Bain's thumb were consistent with his having fired a gun on the morning of the killings, in June 1994.

The marks matched those made by gunpowder residue when loading the magazine of a rifle shortly after it had been fired.

"Marks on a photograph can always be open to several interpretations by experts ... Examination of the original photograph does not give any definitive indication of what the marks could be," he said.

But yesterday, Mr Karam said a second set of photographs of Robin Bain's thumb further supported the theory. That set of fingerprints was taken on June 21, 1994, the day after Robin Bain died, and were "perfect" prints with uninterrupted ridge lines.

The prints police had referred to were taken on June 22, 1994, after Robin Bain's body had been moved in and out of refrigeration in the mortuary.

Mr Karam said a fingerprint expert confirmed that the change in the body's temperature would have caused condensation on his hands.

When the second set of prints were taken, some ink would have been repelled by the presence of moisture, causing "blotchy white marks".

Yesterday, a fingerprint and forensic expert the Herald spoke to said the condensation theory was "possible".

But copies of fingerprints, such as those relied upon by Mr Karam, "leave a lot to be desired".

Mr Karam said David Bain was torn over the information.

"He doesn't know whether to laugh or cry ... he cries that evidence of his innocence has come up after being physically lost from his father's body."

Mr Karam said the police, in rejecting the theory and publicly releasing the second thumb print, had "blatantly misled" the public.

Last night, Mr Burgess said: "It would have been helpful if Mr [David] Bain's supporters raised these issues direct with police for clarification before launching them into the media with claims of wrongdoing or incompetence."

He said the fingerprints of Robin Bain taken on June 21, 1994, were taken by a detective, and a police fingerprint expert determined they were not of adequate quality.

The expert took two further sets of prints the next day.