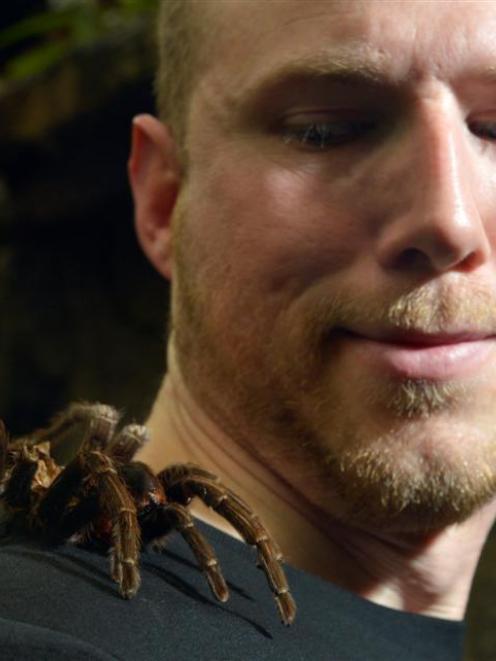 Otago Museum living environments co-ordinator Murray McGuigan admires the shed skin of the resident orange striped bird-eating tarantula yesterday. Photos by Gerard O'Brien.
They are the stuff of nightmares and they are moving in.

The Otago Museum will reveal two new tarantula spiders to the public tomorrow.

The Bolivian blue leg tarantula and Brazilian black tarantula are among the largest spiders in the world, growing to 22cm and 18cm respectively.

"Their venom is like a bee sting. Nobody has ever died from a tarantula bite, that I'm aware of. Their main form of defence is kicking urticating hairs off their abdomen, which cause irritation if they get into the eyes and nostrils." 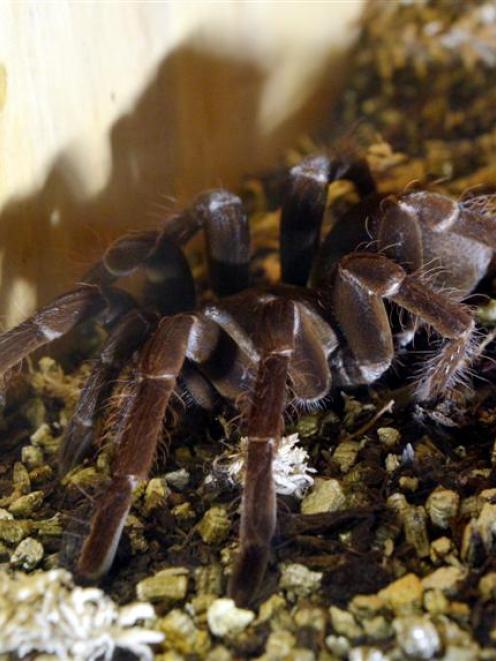 "People have different reactions to them. They either love them or they give them a wide berth. I think, for some people, it's about facing their fear," Mr McGuigan said.

"They're mostly nocturnal, so they don't move around much during the day. Their aggression levels vary. They can be a bit territorial and grumpy, so each one has its own enclosure."

The spiders were fed a cricket a week and could live for up to 30 years, he said.

The tarantulas will be introduced to their new home at noon tomorrow, when spider biologist Dr Simon Pollard will feed and handle them outside their enclosures.