Last hurrah for the Cook 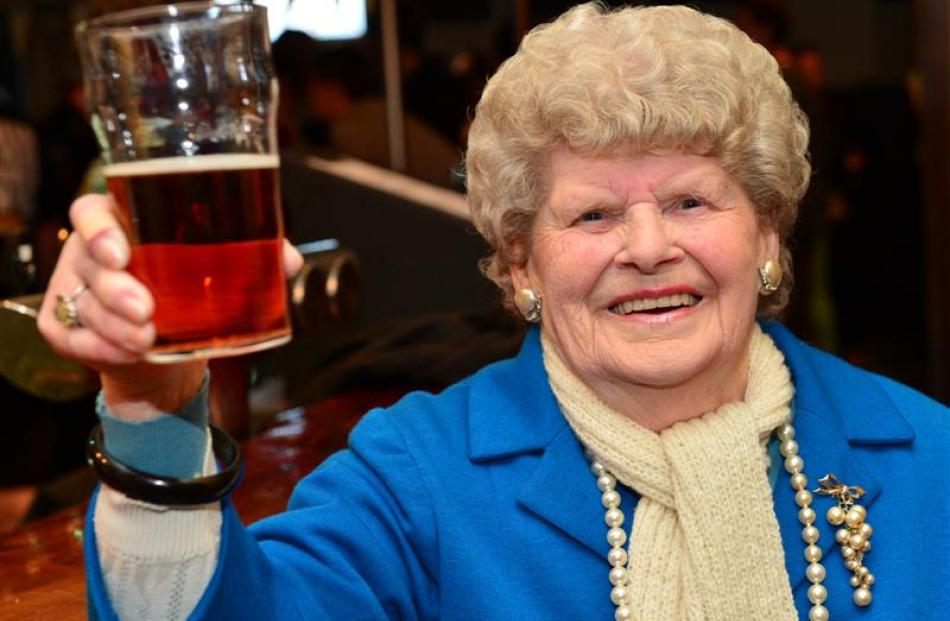 Sylvia De Jong (86), who shares a birthday with the pub's namesake. 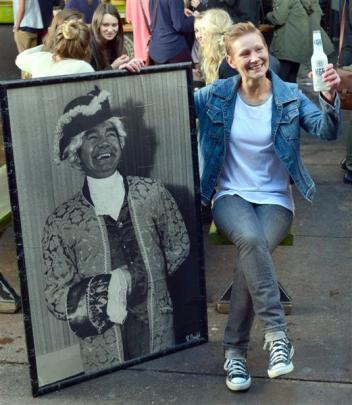 Nik Watts (nee Ruston) shares a last drink with her late grandfather and former owner of the Captain Cook Tavern, Phil Ruston, who is pictured dressed as Captain James Cook. 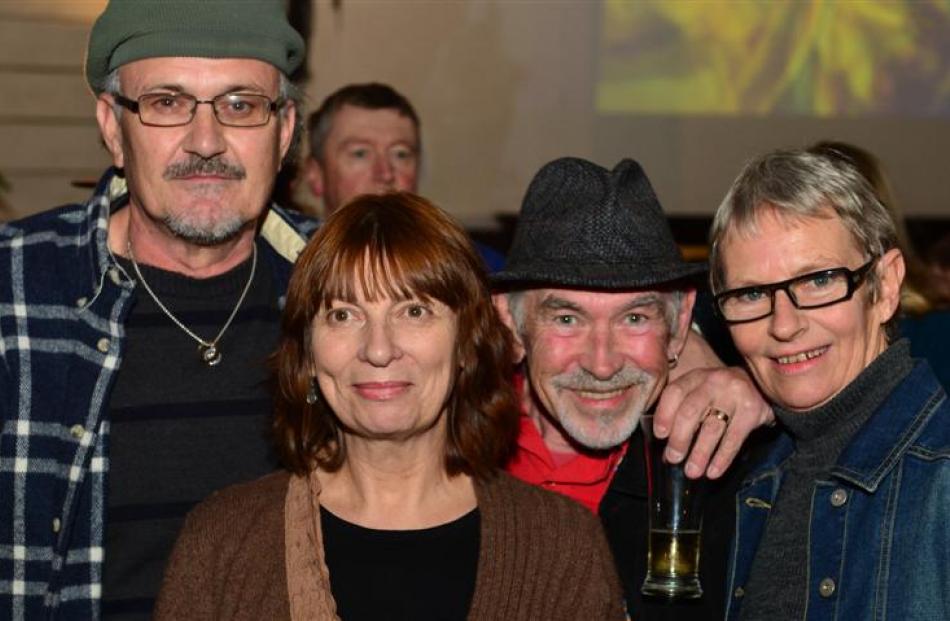 Kim and Bev Barron, of Cromwell, and Jeff and Bev Ruston, of Dunedin, at the Captain Cook Tavern yesterday remember past times. 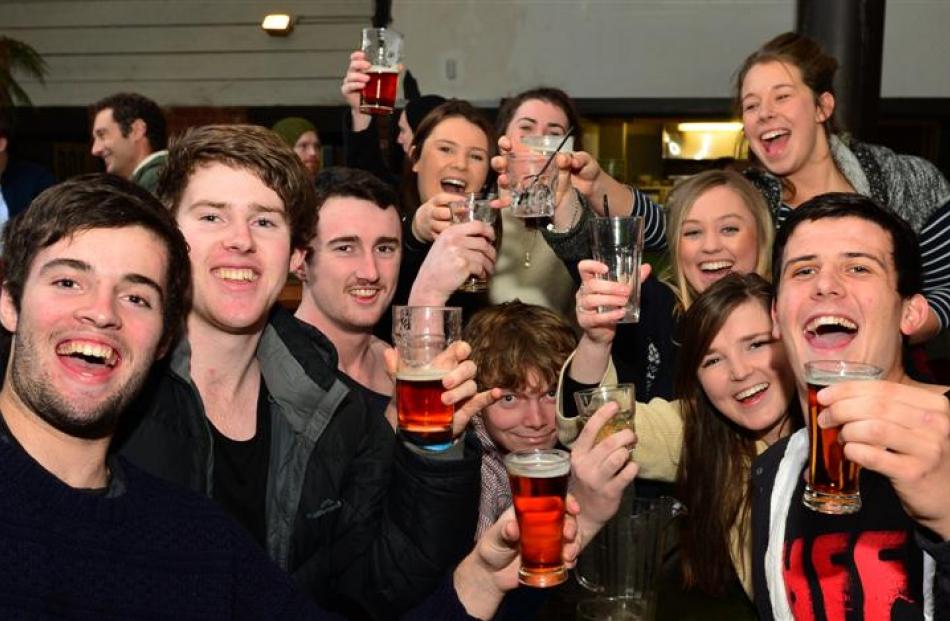 People of all ages were on hand to raise a final toast to Dunedin's historic Captain Cook Tavern last night, including an 86-year-old woman who shares her birthday with the pub's namesake.

The final farewells came as the student watering-hole made what could be the final call for last drinks, with the building's owners yet to find someone to take on the lease.

People were lining up when the pub opened at noon, and while most of those who came to see the old pub off were students, a fair few from previous generations were also on hand to reminisce about the pub, which was founded in 1860. The pub has special significance for St Clair resident Sylvia De Jong (86), who was a regular at the pub right up until the last day.

''My birthday was the same day and I have been coming here for 19 years,'' she said while nursing a beer next to the bar.

Asked if she would be sad to see the pub close, she said: ''I am crying now.''

She enjoyed the company of students at the pub, but was disappointed they did not know the birthday of the man ''who put this country on the map''.

''They go to university these students and they don't know the date of Captain Cook's birthday.''

Even the late former owner Phil Ruston was on hand for a final beer, with his granddaughters Nik Watts (nee Ruston) and Sarah Ruston taking along a large photo of him dressed as Captain Cook.

The Cook was a special place for them because of the family connections, Ms Watts said.

''I was conceived here, apparently, so Dad says,'' she said.

Her grandfather, who was ''a heavy drinker'', was there in spirit.

The former publican's son, Jeff Ruston (60), of Port Chalmers, had a drink in the garden bar last night with his wife, Di Ruston (60).

Mr Ruston remembered living at the pub when his father owned the establishment between 1955 and 1972.

His enduring memory was when, as a 10-year-old, he would wake in the middle of the night to see the glow of a dozen cigarettes being smoked by patrons who were being hidden by his father during an unannounced police visit.

The best times in the pub remain in the past, Mr Ruston said.

''It ceased to be the Cook when the bands stopped. It lost its magic for me.''

Mr Barron sang in the Dunedin band the Heavenly Bodies, which had a weekly residency at the pub in the late '70s and early '80s.

The four band members played five nights a week and on Saturday afternoons, he said.

Plenty of both present and former students were on hand to say goodbye. Those who spoke to the Otago Daily Times said the Cook's closure was a loss for both scarfie culture and Dunedin as a whole.

Senior Sergeant Brian Benn, of Dunedin, said police were happy with patrons' behaviour and there had been no arrests at 10.30pm last night.

The pub had about 600 patrons with ''moderate levels of intoxication'', he said.

''I understand they run out of beer for a while but they've fixed that.''