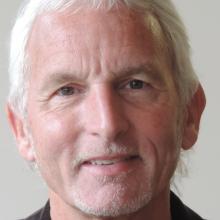 Michael Laws.
Former MP and Wanganui mayor Michael Laws’ five-vote margin to gain a seat on the Otago Regional Council is not his closest election this year.

That distinction goes to his bid to become a trustee on the Cromwell College board in June.

That time, the odds favoured his rival — he lost by just one vote. Four months later, his luck changed and he was successful in his attempt to become a regional councillor.

Preliminary results for the council’s Dunstan constituency had sitting councillor Gary Kelliher ahead by 21 votes over Mr Laws.

Final results were announced yesterday  and after special votes were counted, the result was reversed and Mr Laws joined sitting councillor Graeme Bell, of Alexandra, and new councillor Maggie Lawton, of Wanaka, as the three Dunstan representatives.

Mr Laws (59) has lived in Cromwell for five months, where he runs a public relations and advocacy business.

He and Mr Kelliher  have been on tenterhooks this week waiting for the final results.

Mr Kelliher (43), a farmer from Springvale, near Alexandra, has served one term on the council and was still considering yesterday  whether to seek a recount.

"He’ll have my moral and public support if he does go for a recount," Mr Laws said.

"I have enormous respect and admiration for him and would like to have seen us both on council together."

It had been a "particularly stressful" time waiting for the final result, he said.

"I’m pretty disappointed in the delay in this process, which unnecessarily extended the anxiety for Gary and myself."

Council electoral officer Pam Jordan said the results were delayed because of additional checks, due to the closeness of the result.

"Essentially, a recount of the existing papers for the two affected candidates was undertaken to ensure the votes recorded were correct," she said.

Mr Laws said the overwhelming support from the Queenstown-Wanaka areas was instrumental in his and Dr Lawton’s success.

"The ORC has been absent, almost to the point of negligence, in each of those areas."

He believed the final result was "not a level of disenchantment with Gary" but rather disenchantment about "the council’s invisibility, in the Lakes area in particular."

Mr Kelliher said the result was "quite gutting" and took him by surprise after he had been leading in the preliminary results.

"I thought I’d just scrape through".

He had three days to decide whether to seek a recount.

"At the end of the day the numbers are the numbers, but I’ll mull it over, seek some expert advice and talk it through with my family and see what they think.

"It’s a difficult decision: do you prolong the process or just accept it?"

He said Mr Laws had run an active campaign and congratulated him on his win.

• Within three days of the final results, candidates can apply to a district court judge for a recount of the votes. The application costs $750.