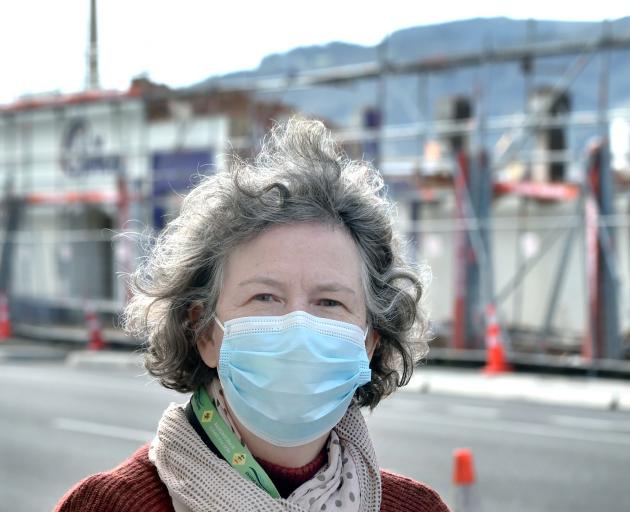 Dunedin emergency department nurse Anne Daniels, the newly elected president of the New Zealand Nurses Organisation. PHOTO: PETER MCINTOSH
Dunedin nurse Anne Daniels is the new president of the New Zealand Nurses Organisation, one of the country’s most high-profile and most fractured unions. She talks to health reporter Mike Houlahan about the challenges of healing divisions in the NZNO and the challenges facing the nursing workforce.

AT the start of this year Anne Daniels was thinking about retirement: now she is about to take on one of the biggest jobs she has ever tackled.

The Dunedin emergency department nurse has just, by an overwhelming margin, been elected the president of the New Zealand Nurses Organisation, the union which represents more than 50,000 healthcare workers.

However, the fact that just over 4000 votes were cast alarmed Ms Daniels, even though it represented the largest presidential election turnout in years.

‘‘That tells me of the lack of engagement of members; I am a researcher by nature, and I want to know why our members are not getting involved, because it is so, so important that nurses have a voice.’’

The NZNO has been in turmoil in recent years, with numerous divisions and disputes in its upper echelons.

Ms Daniels, a veteran delegate who ran for the top job on a platform of the NZNO being a member-led organisation which supports and realises the hopes of nurses, now has to walk the talk.

‘‘It hasn’t been a happy place ... I think historically we haven’t seen ourselves as being in a place where we can create beneficial change for nurses, nursing, and our patients, and that culture of the NZNO being a union needs to change.’’

Patient welfare and a strong rejection of injustice are central to Ms Daniels’ nursing philosophy; it was why she hit the headlines a few months ago when, in her role as health and safety representative in the emergency department at Dunedin Hospital she lodged a provisional improvement notice (PIN), which called on the Southern District Health Board to introduce a range of patient and staff safety measures.

What could have been a confrontational exercise had proven to be anything but, Ms Daniels said.

‘‘I’m very much a collaborative person, when I served the PIN I requested a meeting of all the stakeholders in the same room, including the doctors’ union, because we needed to do this together.

‘‘I have found that management, including my direct boss, our director of nursing, and more recently the board, the CEO and the health and safety team, very supportive and open to listening to the issues and the solutions.’’

Ms Daniels served the PIN due to patient and staff safety concerns, worries which have been a key part of her speeches as a delegate at NZNO rallies.

The union, increasingly frustrated with the lack of progress on pay equity and safe staffing, went on strike for the first time in decades in 2018, and followed up with further industrial action earlier this year.

Nurses had intended to walk off the job again last month, the first in a series of planned strikes which were called off after the country suddenly moved to Covid-19 Alert Level 4.

‘‘We are not accepting what we are told any more, we are trusting in ourselves, and we are standing up for what we believe to be right.’’

There was a mandate for safe staffing and the Government and DHBs had to honour that commitment, Ms Daniels said, notwithstanding the well-understood issues health boards were having in recruiting nurses.

‘‘We are frustrated more than anything else, and angry and hurt that we haven’t been heard.

‘‘We worry about our patients and we worry about what we can’t do for them because we have to care ration, which means that every day when I go to work I have to decide which person actually gets my care and which ones have to miss out or wait for long periods of time before they actually get any real care.

‘‘I spend my entire shift hoping that I don’t miss anybody who really should be looked at. We often say it’s the quiet patient we worry about the most because those are the ones that tend to go downhill very quickly and of course they don’t say anything — we love patients who yell and scream.’’

Ms Daniels trained as a cadet in Thames, but went back to school when already a qualified registered nurse to complete the new academic nursing papers, and then a master’s.

A convener and delegate leader at Thames, the pull of twin grandchildren brought her and her husband, also a nurse, to Dunedin.

‘‘We came down here for a year to help look after them and never left, we fell in love with Dunedin.’’

Ms Daniels intends to continue to work part-time as a nurse to keep her practising certificate, and to remain living in Dunedin.