While most students were at home enjoying the summer break Otago Polytechnic nursing student Anna Watkins was in Nepal investigating leprosy.

Driven by a strong desire to help people, Ms Watkins took up a scholarship with Leprosy Mission NZ and travelled to Nepal for two weeks along with eight other New Zealanders. 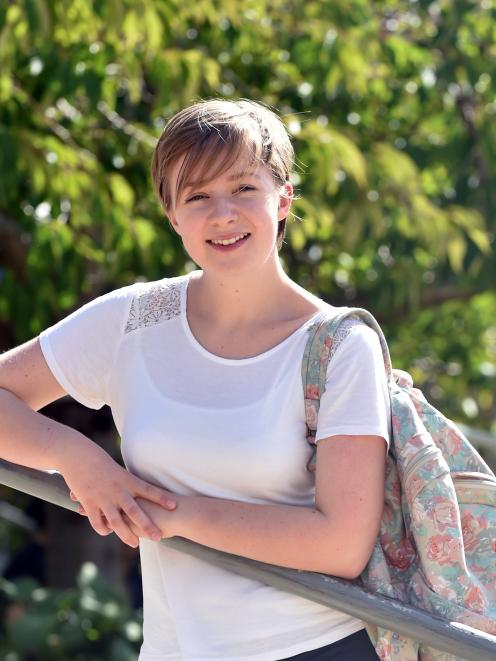 Otago Polytechnic student Anna Watkins (20) is raising money for leprosy sufferers after visiting Nepal over the summer break. Photo: Peter McIntosh.
She and her fellow travellers had returned home with a mission to raise $30,000 for an X-ray machine at Leprosy Mission’s Anandaban Hospital.

She said she was struck with how people’s suffering with leprosy was made worse by the misconceptions people had about the disease.

Children of leprosy sufferers were taken out of school, the disease was still considered a legitimate reason to divorce someone and those with the disease lived in colonies on the outskirts of or outside towns.

"It’s really confronting to see that people can be dehumanised for a condition that is out of their control.

"Leprosy isn’t highly contagious, but there is just so much fear around it."

However, after visiting one of the colonies she was inspired by how sufferers got on with their lives, with the help of outside organisations.

She and the others had come back with a resolve to raise money for the cause.

She hoped to run baking sales and hold a dinner to raise funds.

• Leprosy is curable with multidrug therapy.

• The disease mainly affects the skin, the peripheral nerves, the upper respiratory tract and the eyes.

• The incubation period for the disease is about five years on average.

• Leprosy is not highly infectious. It is transmitted via mouth and nose droplets during close and frequent contact.

• Untreated leprosy can cause progressive and permanent damage to the skin, nerves, limbs and eyes.

What a brilliant set of kids doing this as volunteers and in a Nepalese winter. I was working in an Aboriginal leprosy colony 40 odd yrs ago and there was treatment available then which begs the Q. why do these people still have it when it's curable with multi-drug therapy? Same goes for Rheumatic Heart Disease in NZ.